Isn’t it delicious to learn something you didn’t know before about a Tudor location? The odds are that today’s blog post will deliver that in spades. Today, we time-travel to Tudor Waltham Abbey: the forgotten royal citadel, where we will learn about the permanent lodgings, used by medieval kings, which endured until their destruction at the Dissolution of the abbey in 1540. You have to delve deep and blow a lot of cobwebs off a lot of books to get to the bottom of this wonderful location. So, let the story-telling commence!

One of the things that I know many of you are fascinated by is the chance to learn more about less well-known Tudor properties. Actually, I share that fascination. In some ways, uncovering – or sometimes largely rediscovering – a virtually forgotten Tudor location gives me a much bigger thrill than writing about well-known Tudor buildings – as beautiful as they are.

I had been investigating Waltham Abbey in Essex (some 15 miles north of London), trying to uncover more about this ancient site in relation to the progress of King Henry VII, undertaken in the Spring of 1486. I was about to get much more from the location than I had bargained for!

Now, I don’t want to be unfair to Waltham Abbey, but the twentieth-century development of the town has swept away much of its ‘Olde Worldy’ charm, such that it is not exactly renowned as a tourist hotspot; its modern-day facade definitely obscures the depth of its historic past! And although my co-author, Natalie Grueninger, and I had visited Waltham Abbey in past (when researching In the Footsteps of Anne Boleyn), we had been focused mainly on a property owned by Henry VIII in a small area of land called Romeland, near to the old abbey church.

Now some 5-6 years later I was back, and once more I was to be reminded of a lesson that research has tried to teach me many times; that is there’s always something more to learn. What I was about to find out about Tudor Waltham Abbey blew me away. We are about to bring into focus some major, royal lodgings that have been largely forgotten, even by local enthusiasts. So, hold on tight! Let’s go time-travelling!

Waltham Abbey was founded by Tovi the Proud, way back in the early eleventh century. (Interestingly, this influential Anglo-Danish ‘Thegn’ is also associated with the early history of Esher Palace, which I wrote about just recently). By a ‘miracle’ (which I won’t go into here) the ‘Holy Cross’, which became associated with Waltham, found its way to the site of Tovi’s hunting lodge in the heart of Epping Forest. As a result, he established the abbey and the Cross became a site of pilgrimage. Because of its miraculous powers – and probably because of the ease of access to London, and the extraordinarily good hunting to be had in nearby Epping Forest, Waltham Abbey became a favourite retreat of medieval kings.

There are fulsome records of such early kings using Waltham during progresses and as lodgings, whilst enjoying the pleasures of the surrounding park and forest. Money poured into the abbey as a result of royal patronage, and the church underwent several iterations from Saxon to Norman, to Medieval, with the final abbey church approximating in size to the mighty Westminster Abbey at the heart of the country’s capital. It was huge.

The contemporary account of the first progress of Henry VII is patchy to say the least. In some locations, such as at Lincoln and York, the detail described by the court herald is copious. Yet, for Waltham, all I had to go on was: ‘[The king] rode to Waltham and from thens the High Way to Cambrige.’

Not a lot to go on, I am sure you will agree. The questions that Natalie and I are always trying to get to the bottom of in writing our books are; ‘Why did the king (or queen) go there?’; ‘Where did they stay?’; ‘What happened while they were there?’ and ‘Is there anything left to see?’ This was my mission.

There was no further detail in contemporary records that might have given even a hint of the answers to the above questions. All I had to work with was that a) I knew that Waltham Abbey was used regularly by royalty – and had been for hundreds of years by the time Henry VII came to the throne. So, there must have been a suitable lodging in the vicinity of the town; b) it was extremely common for the monarch and his consort to use abbey lodgings during their travels, notably the abbot’s lodgings, which was inevitably the most high-status domestic building in the abbey precinct; c) Although Henry VIII owned a house in Romeland (where it is said he retreated from the court for greater privacy), had it existed 50 or so years earlier, when his father ascended to the throne, and could that be a contender?

After much searching, the break came through reading an old account of historic Waltham Abbey, called, ‘The History of the Ancient Parish of Waltham Abbey, or Holy Cross,‘ by W Winters. He writes about an incident that occurred during one of the many visits to Waltham made by Edward I and his beloved queen, Eleanor. The story goes that during Easter, the king and queen were visiting Waltham. After a long day hunting, the king retired to his chamber where he was ‘assaulted’ by the queen and her ladies in a playful game called ‘heaving’, holding the king to ransom. Much amused, no doubt, Edward finally surrendered to their terms. The story is fun, but the simple words used in the account, as a detail in the story, ‘the royal chambers of the king, close to the abbey church’ nearly made me squeal with excitement. Finally, I was onto something…

Soon thereafter, I came across another vital piece of evidence. It was the inventory of the church goods, made at the Dissolution of the abbey on 23 March 1540. Listed as a way of ordering the inventory were the principal chambers of the abbot’s lodgings. Amongst others, we hear of the ‘king’s chambor‘ [chamber] and the ‘quene’s chambor‘ [chamber]. Brilliant! For the first time, I had evidence that the monarch and his consort had chambers specifically reserved for their use as part of the abbot’s lodgings, which were indeed ‘close’ to the abbey church, inside the abbey precinct. I was deliriously happy! This was highly significant.

The inventory lists a complex of rooms including a great hall, a ‘Grete Wintor and Grete Somer’ Chambers and a chapel, and includes descriptions of numerous ‘bedstedes’, carpets, hangings, cushions and cupboards – and a mention of wainscoted panelling – the potential relevance of which will soon become apparent.

What was really fascinating was not that the abbot’s lodgings were used by royalty on progress. That is not unusual. What is much less common is evidence of rooms being specifically set aside for the use of the king and queen, such that they were always on ‘stand-by’. This was exciting; it suggested that Tudor Waltham Abbey was not like any other stop-off point, it was a kind of royal citadel, used regularly up to the point of the Dissolution by the royal family.

It will not be possible to prove that these lodgings are where Henry VII lodged on his progress to the north. However, the king had only recently won his crown at Bosworth. We do know that in every way he was trying to underline his legitimacy by following royal protocol and precedence, observing rituals upheld by a long line of medieval kings that had gone before him. He almost certainly came via Waltham to seek holy blessing at the Cross, as many of his predecessors had done in times gone by. In which case, it would make perfect sense for the king to lodge in the adjacent abbot’s lodgings, as previous monarchs had done – and where rooms awaited his arrival.

Today the abbey church is but a quarter of its former size, although the interior is magnificent and well worth a visit. Of the abbot’s lodgings and royal apartments, nothing remains above ground, although the basic outline of the cloister square, of which the abbot’s lodgings were once accessed, do remain in the abbey park, as does part of the main abbey gateway. If you are visiting, make sure you explore the park and find the tracing in the ground which indicates the original extent of the abbey church. Be prepared to be flabbergasted by its sheer scale!

Also, do make sure you visit the local museum (39-41 Sun Street, Waltham Abbey). It is within easy walking distance of the abbey. On display are some magnificent oak panels from the Victoria and Albert Museum. They are covered in carved designs typical of the early sixteenth century and include the Beaufort portcullis, the Tudor Rose and the split pomegranate of Katherine of Aragon.

Rich in early Tudor symbolism, it is known that the panels came from a grand house called ‘Abbey House‘ built close to the abbey, by Sir Anthony Denny, after the abbey buildings were dissolved. There is the enticing possibility, given their rich Tudor iconography, that they originally formed part of the ‘wainscoted panelling’ listed in the abbey inventory and that they were recycled by Denny when the abbot’s lodgings were dismantled – and therefore, once decorated the royal apartments. Sadly, we will probably never know!

And so, once more, we are able to bring into the spotlight this fascinating royal citadel in the heart of Tudor Waltham Abbey. It was a place much loved by medieval and Tudor kings alike. Although we have no irrefutable proof that either Henry VII or Henry VIII lodged there, we do know they both came to Waltham – and for very good reason; to be touched by the divine power of the Holy Cross; to seek sanctuary from pestilence in London; to follow the traditions of their royal fore-fathers, or simply for the pleasure of hunting in nearby Epping Forest. When you scratch beneath the surface, Waltham is a fascinating site and is worthy of any Tudor time-traveller’s progress. 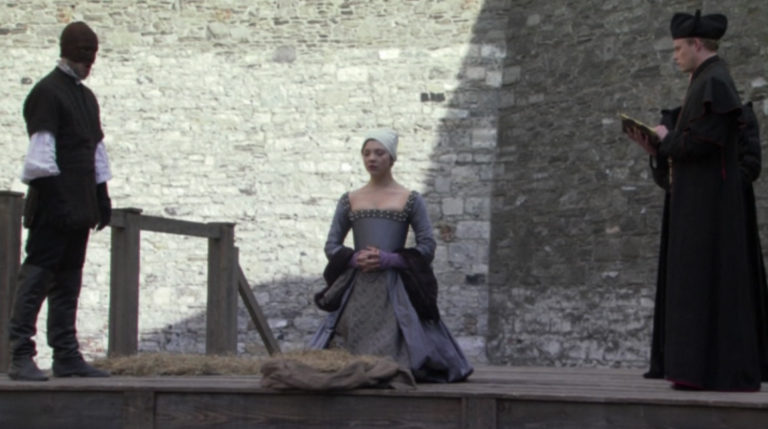 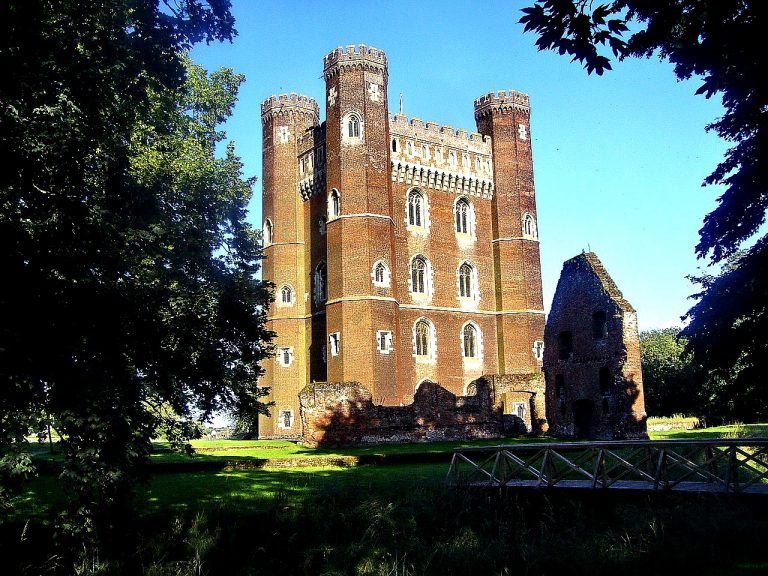 NOTE: IF YOU ARE FOLLOWING OUR 12 DAYS OF CHRISTMAS LIVE: SCROLL TO THE BOTTOM TO SEE THE LATEST LOCATION!… 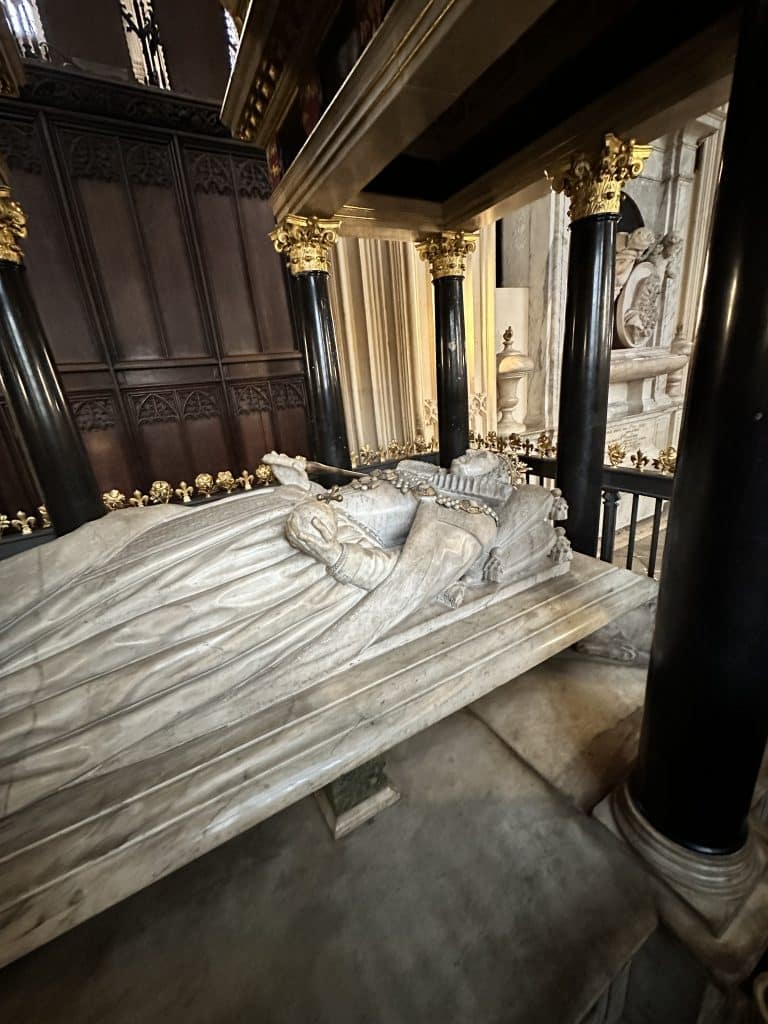