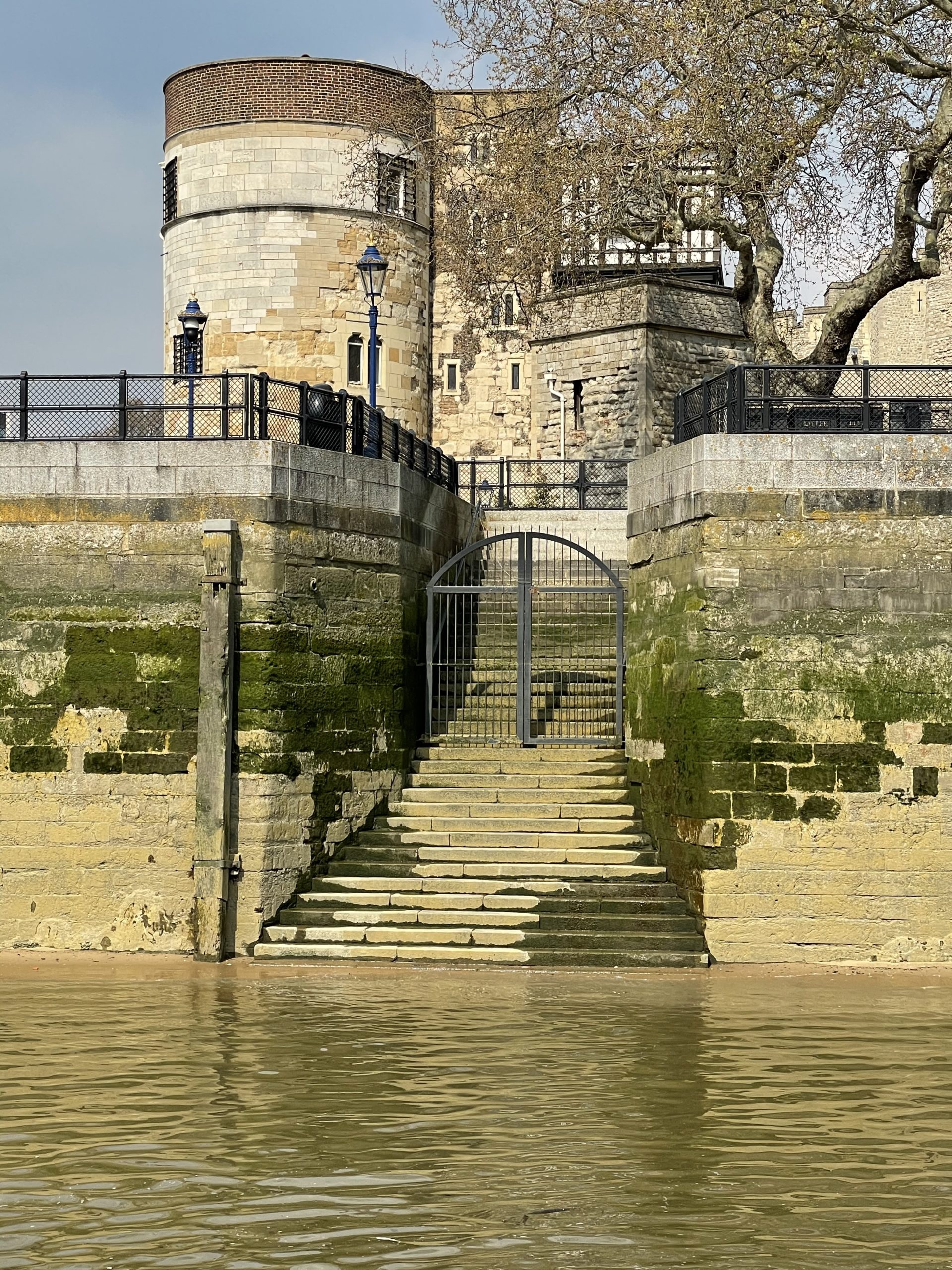 On 2 May 1536, Queen Anne Boleyn, the second queen consort of Henry VIII of England, was arrested at Greenwich Palace on charges of adultery and treason. Anne’s downfall, and those loyal to her, was shockingly rapid – and executed with ruthless efficiency. The arrest of Anne Boleyn, and the events that would eventually lead to her execution and those of the men accused with her, took place at the now lost palace of Greenwich, sited on the south bank of the River Thames, adjacent to Greenwich Park.

Just recently, I travelled to Greenwich, and the site of the palace, to meet with James Peacock, founder of the Anne Boleyn Society. We were there to record a podcast ‘on location’ in the place in which the catastrophic events of 1 and 2 May unfolded. In the podcast, James and I recount the events as they happen, following in Anne Boleyn’s footsteps as we make our way from the place of her arrest at Greenwich to her arrival at the Tower. These show notes have been posted to accompany this podcast. You can listen to the podcast here. I recommend tuning into the podcast and referring to the blog to enjoy the images that accompany the narrative.

Greenwich Palace and the Arrest of Anne Boleyn

Although there are no surviving floor-plans from Anne’s time at Greenwich, there are drawings that capture the exterior appearance of the palace before its later decay and demolition. Today, the old Royal Naval College stands in its place and the image below captures the waterfront, where the range that once contained the king’s lodgings once stood.

Greenwich Palace was arranged around a large, central courtyard. To the south of the palace were the great gardens, the tiltyard and Tiltyard Towers, overlooked by the queen’s lodgings. This side of the palace was captured in the etchings of Antonius van den Wyngaerde. Today the Tudor gardens, towers, and tiltyard are long gone. As the image shows below, lawns have replaced the gardens and a range of later, seventeenth-century buildings stand close to the Tiltyard and its Towers.

To the south of the palace lay Greenwich Park. It is the oldest, royal hunting park in England and was enclosed in 1433. Originally, it mostly comprised of heathland and used principally for hawking, although later, Henry VIII introduced deer to the park. A small herd is still maintained to this day. The Royal Observatory, which keeps Greenwich Meantime, is seen atop the hill that rises away to the south. During the sixteenth century, this was the site of Duke Humphrey’s Tower, rumored to have been a place in which the king met with his mistresses!

The River Thames was the ‘silent highway’ of sixteenth-century London, most often used by royalty to move between the riverside palaces of the day. This view is from what would have once been the wharf, standing adjacent to the south bank of the Thames, looking upstream towards the City of London. This is the journey that Anne made, by barge, on the afternoon of 2 May 1536 at 2 o’clock in the afternoon, taking 3 hours to reach her destination: the foreboding Tower of London.

The Arrest of Anne Boleyn and her Arrival at the Tower

When Anne Boleyn finally arrived at the Tower of London at 5 pm on 2 May 1536, she would have alighted here at the Queen’s Stairs. Anne may have been under arrest but she was still an anointed queen. This accorded her greater privileges than those men arrested with her. Thus, she did not enter the Tower through Traitor’s Gate, and rather than being ‘cast into a dungeon as she had feared, Anne was lodged in the royal apartments, which she had last used at her coronation three years previously.

This would be Anne Boleyn’s last taste of freedom. She would die at the hands of the so-called ‘Sword of Calais’ within the precinct of the Tower on 19 May 1536. She outlived her much-beloved brother, George, and the other 4 men accused with her by only 2 days. They would die a public death upon the scaffold on Tower Green. The site of the scaffold is commemorated, although sadly for those of us who have a care for the name of Anne Boleyn, none of their names are recorded upon the roll-call of the dead that is listed there today.

Information on the Thames Clipper can be found here.

If you wish to read more about the Royal Apartments at the Tower of London, you can do so by clicking this link.

If you wish to enjoy are virtual tour of the Royal Apartments at the Tower of London, you can purchase the video via my shop

If you would like to read about my theory on Anne Boleyn’s changing mental state after her arrest you can do so by clicking this link or if you’d like to hear me in conversation with Rebecca Larson from Tudors Dynasty on her podcast, then follow this link.

2 thoughts on “The Shocking Arrest of Anne Boleyn”