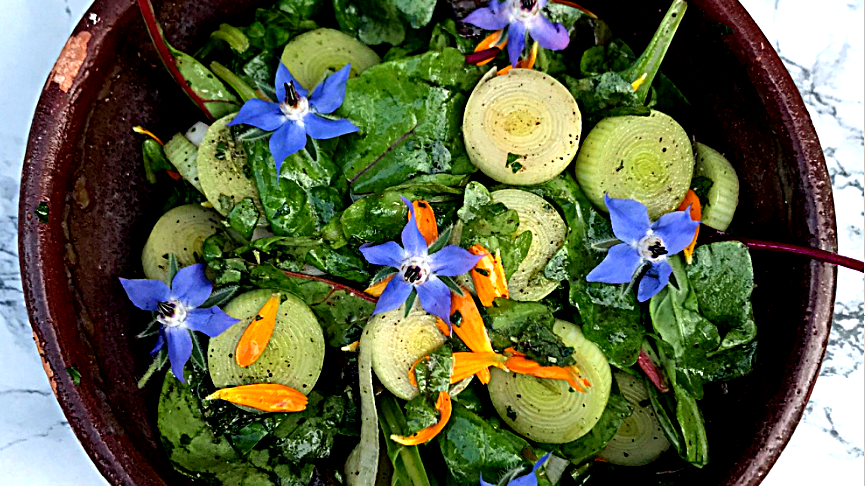 During the second half of the sixteenth century, food and cookery underwent significant changes. Under Henry VIII, English cookery had barely changed since the late medieval age, but during Elizabeth’s reign new, exotic food arrived at the dinner tables of the wealthy as tastes started to change, influenced by new fashions imported from the continent. How and what people ate was no longer dictated by the Church, but by fashion and economic regulations. Today’s blog brings you five of the best Elizabethan recipes – sweet and savoury – for you to try at home.

A wide range of cookery books made it onto the market. These were aimed at the lady of the house, and in aristocratic circles, it started to be trendy to grow and experiment with new vegetables and fruit in Elizabethan ‘specimen gardens’. These gardens were the only places where tomatoes, potatoes and peppers were grown for show, but were NOT meant for consumption.

Two new arrivals worth mentioning are SUGAR in substantial quantities and the now lesser-known white SWEET potato (not to be confused with yams from Africa). It was the increased affordability of sugar in larger quantities that triggered the popularity of fruit preserves and jams as we know them today, one of the Elizabethan recipes which has been included here today.

I have chosen these particular Elizabethan recipes because they link to this new-found craving for sugar, so characteristic of the later Tudor period. I have also included a recipe for salad, along with one for a delicious melon soup from Italy, both of which counterbalance the sugar ‘sin’ and reflect the trend for fashionable dishes emerging from Italy.

Soak the prunes in red wine overnight, then simmer for 1–15 minutes until tender, drain, grind/blend with the remaining ingredients to form a smooth, thick paste. Turn into the flan case, and bake at 150 C/ 300 F gas mark 2 for 20 minutes. It may be garnished with small biscuits or caraway comfits before serving

In the sixteenth and seventeenth century, ‘prunes’ might be plums, damsons (Damask plums) or dried plums (dry or French plums). Many of the recipes suggest that the raw fruit was mainly used in cookery.

An Elizabethan Recipe of Soup of Melons With Meat Broth

This next dish in our selection of five Elizabethan recipes comes from Opera by Bartolomeo Scappi. Italy, circa 1570-80 with translation by Ken Albala ( Cooking in Europe 1250-1650 )

‘Take melons in season, which begins in July and lasts through all August. Though in Rome you find them even in September, and look for those that are not too mature, remove the peel and seeds and take the best part, cut in little mouthfuls and place in a pot in which is fresh butter or melted chicken fat, with which you let it cook. When it is cooked pass through a strainer so in case there are any seeds they won’t go in, then replace it in the pot with a bit of broth, gooseberries or whole unripe grapes and let it boil, then incorporate with beaten eggs and grated cheese. You can also cook the said melon with broth and when it is cooked, break up with a spoon and mix in as said above, eggs, cheese, spices and not having gooseberries or unripe grapes, use verjuice. ‘

This dish would have been classified by physicians as cold and moist food, perfectly appropriate for counteracting the heat of late summer.

Scappi offers variant procedures if a strainer is unavailable and verjuice (vinegar made from unripe grapes in Italy or crab apples in England ) can also supply the desired sourness.  This hot fruit soup offers the perfect combination of sweet, sour and savoury ingredients and is a perfect example of a typical Renaissance recipe.

Chickens with Damsons (Chicken and plum pie): A Hearty Pie Based on a Late Elizabethan Recipe

Recipe from The Good Huswifes Handmaide for the Kitchen, published in 1594.

‘Take your chickens, drawe them and wash them, then breake their bones and lay them in a platter, then take foure handfuls of fine flower and lay it on a faire boord, put thereto twelve yolks of Egs, a dish of butter, and a little Saffron : mingle them together, and make your paste therewith. Then make sixe coffins, and put in euery coffin a lumpe of butter of the bignesse of a walnut: then season your sixe coffins with one spoonful of Cloues and Mace, two spoonfuls of Synamon, and one of Sugar, and a spoonful of Salt. The put your Chickens into your pies: then take damisons and pare away the outward peele of them, and then twentie in euery of your pies, round about your chicken, then put into euerie of your coffins, a hand full of Corrans. Then close them vp, and put them into the Oven, then let them be there three-quarters of an hour.’

Conserve of Prunes or Damsons: An Elizabethan Recipe Direct from your Garden

Recipe from Delightes for Ladies by Sir Hugh Plat. Date : 1602

‘Conferue of prunes or damsons made another way. Take a pottle of damsons, prick them and put them into a pot; putting thereto a pinte of Rosewater or wine, and cover your pot, let them boile well, then incorporate them by stirring, and when they be tender let them coole, and staine them with the liquor also, then take the pulpe and set it ouer the fire, and put thereto a sufficient quantitie of sugar, and boile them to their height or consistencie, and put it up in gallypots, or jarre glasses.’

Wash the fruit well then place in a large pan with the rose water or wine. Bring to a simmer and cook for about 10 minutes, or until the fruit has softened, then increase to a gentle boil and cook for about 15 mins more, or until the fruit has broken down. Take off the heat and allow to cool slightly then turn into a fine-meshed sieve. Press the fruit pulp through into a bowl using the back of a spoon. Measure the weight of the pulp then scrape into  a saucepan along with 500g sugar per 500g of fruit pulp. Return to the heat, bring to the boil and cook for another 15 mins. Skim the surface then ladle into sterilized jars that have been warmed in an oven set to 100 degrees C for 5 minutes. Allow 1 cm of headspace then secure the lid, allow to cool and store.

Salad of Greens: A Savoury Elizabethan Recipe to Accompany any Dish

Original from The Opera of Bartolomeo Scappi, Italy, 1570.

Bartolomeo Scappi was the chef to several Popes and wrote the monumental ‘Opera’ (works), which is considered the first modern cookbook. It has directions for shopping, full menus, extremely detailed recipes and illustrations. This is the last of our Elizabethan recipes. It is a wonderfully refreshing salad that goes well with any dish!

Wash and separate greens. Mix them together. Dress with oil, vinegar and salt & pepper.

If you have enjoyed these Elizabethan recipes and want to try out some early, sixteenth-century summer dishes, how about exploring another popular blog: 5 Mouth-Watering Summer Tudor Recipes Not to be Missed!

Sources and recommendations for further reading :

The Opera of Bartolomeo Scappi, (translated by Terence Scully)

The Tudor Kitchen, by Terry Breverton

Renaissance Food from Rabelais to Shakespeare, edited by Joan Fitzpatrick

Eating Right in the Renaissance, by Ken Albala

A Cultural History of Food in the Renaissance, edited by Ken Albala