I have long been fascinated by Tudor dress, from the magnificent gowns worn by queens and courtiers to the garments worn by women of the mercantile classes. The fashions of the Tudor dynasty communicated status, power and femininity; dress was a form of political and social expression. Garments such as busks, farthingales, corsets and crinolines created a structured female form in sixteenth and seventeenth-century England and beyond. Our enduring curiosity with the ways in which the female silhouette is viewed reflects the relevance and significance of this topic today, some five hundred years later.

In her new book, Shaping Femininity: Foundation Garments, the Body and Women in Early Modern England, Sarah Bendall explores the materiality, production, consumption and meanings of women’s foundation garments in sixteenth and seventeenth-century England. I’m delighted to invite her as a guest to this blog, which includes an excerpt from an article written by Sarah. It accompanies a podcast I recently recorded with Sarah, which is available here. Sarah is a material culture historian, who specialises in gendered and embodied experiences of dress, particularly those of women between 1500-1800. It’s so interesting and well worth a listen if you have any interest in Tudor clothing or women’s social history.

Busks in Tudor & Stuart England: An Extract From ‘He Shall Not Haue So Much As A Buske-point From Thee’ by Sarah Bendall

In the early modern period, women often wore something called a busk in the bodices or bodies (early corsets). The busk was a long piece of wood, metal, whalebone or horn that was placed into a channel in the front of the bodice, and the busk-point, a small piece of ribbon that secured the busk in place. During the sixteenth and seventeenth centuries, these accessories to female dress helped to shape expressions of love and sexual desire.

Busks were initially practical objects that existed to keep the female posture erect, to emphasize the fullness of the breasts and to keep the stomach flat. These uses were derived from their function in European court dress that complimented elite ideas of femininity; most notably good breeding that was reflected in an upright posture and controlled bodily movement. However, during the seventeenth century, and increasingly over the eighteenth and nineteenth centuries, lovers not only charged busks and busk-points with erotic connotations but also saw them as tokens of affection. Thus, they became part of the complex social performance of courtship and marriage.

The sheer number of surviving busks that contain inscriptions associated with love indicates that busk-giving during courtship must have been a normal and commonly practised act in early modern England and France. A surviving English wooden busk in the Victoria and Albert Museum contains symbolic engravings, the date of gifting, 1675, and a Biblical reference. On the other side of the busk is an inscription referencing the Biblical Isaac’s love for his wife, which reads: “WONC A QVSHON I WAS ASKED WHICH MAD ME RETVRN THESE ANSVRS THAT ISAAC LOVFED RABEKAH HIS WIFE AND WHY MAY NOT I LOVE FRANSYS”.

Another inscription on one seventeenth-century French busk exclaims “Until Goodbye, My Fire is Pure, Love is United”. Three engravings correspond with each line: a tear falling onto a barren field, two hearts appearing in that field and finally a house that the couple would share together in marriage with two hearts floating above it.

Inscriptions found on other surviving busks go beyond speaking on behalf of the lover and actually speak on behalf of busks themselves, giving these inanimate objects voices of their own. Another seventeenth-century French busk, engraved with a man’s portrait declares:

“He enjoys sweet sighs, this lover
Who would very much like to take my place”

This inscription shows the busk’s anthropomorphized awareness of the prized place that it held so close to the female body. John Marston’s The scourge of villanie Three bookes of satyres (1598, p. F6r-v) expressed similar sentiments with the character Saturio wishing himself his lover’s busk so that he “might sweetly lie, and softly luske Betweene her pappes, then must he haue an eye At eyther end, that freely might discry Both hills [breasts] and dales [groin].”

Although the busk’s intimate association with the female body was exploited in both erotic literature and bawdy jokes, the busk itself also took on phallic connotations. The narrator of Alexander Pope’s Rape of the Lock (1712, p. 12) describes the Baron with an ‘altar’ built by love. On this altar “lay the Sword-knot Sylvia’s Hands had sown, With Flavia’s Busk that oft had rapp’d his own …” Here “His own [busk]” evokes his erection that Flavia’s busk had often brushed against during their lovemaking. Therefore, in the context of gift-giving the busk also acted as an extension of the male lover: it was an expression of his male sexual desire in its most powerful and virile form that was then worn privately on the female body.

Yet, inscriptions on surviving busks and literary sources that describe them often to do not account for the female experience of courtship and marriage. Although women usually took on the submissive role in gift-giving, courtship encouraged female responses as it created a discursive space in which women were free to express themselves. Women could choose to accept or reject a potential suitor’s gift, giving her significant agency in the process of courtship. As such, various sources describe women giving men their busk-points. When the character Jane in Thomas Dekker’s The Shoemaker’s Holiday (1600) discovers that the husband she thought dead is still alive, she abandons her new beau who tells her that “he [her old husband] shall not haue so much as a buske-point from thee”, alluding to women’s habit of giving busk-points as signs of affection and promise. John Marston’s The Malcontent (1603) describes a similar situation when the Maquerelle warns her ladies “look to your busk-points, if not chastely, yet charily: be sure the door be bolted.” In effect, she is warning these girls to keep their doors shut and not give their busk-points away to lovers as keepsakes.

Throughout the sixteenth and seventeenth centuries, bodies (corsets) elongated the torso, until the part of the bodie that contained the busk reached to the lady’s “Honor” (Randle Holme, The Academy of Armory and Blazon…., p. 94) In other words, the lowest part of the busk which contained the ‘busk-point’ sat over a woman’s sexual organs where chastity determined her honour. The politics involved in female honour and busk-points are expressed in the previously discussed scene from The Malcontent: busk-points functioned as both gifts and sexual tokens and this is highlighted by the Maquerelle’s pleas for the girls to look to them ‘chastely’.

As a result of the intimate position of the busk and busk-point on the female body these objects were frequently discussed in relation to women’s sexuality and their sexual honour, and conflicting ideas of the busk and busk-points found in sources from this period mirror the contradictory ideas and fears that early moderns held about women’s sexuality. When used in a sexual context outside of marriage these objects were controversial as they were perceived as aiding unmarried women’s unacceptable forward expressions of sexual desire. However, receiving busks and giving away busk-points in the context of courtship and marriage was an acceptable way for a woman to express her desire precisely because it occurred in a context that society and social norms could regulate, and this desire would eventually be consummated within the acceptable confines of marriage.

Busks and busk points highlight not only the ways in which women’s sexuality occupied a precarious space in early modern England but how material culture such as clothing was an essential part of regulating social norms, sexuality and women’s bodies. Although controversial at times, busk and busk-points were items of clothing that aided widely accepted expressions of male and female sexual desire through the acts of giving, receiving and wearing.

Sarah A. Bendall is a Research Fellow at the Gender and Women’s History Research Centre, Institute for Humanities and Social Sciences, Institute for Humanities and Social Sciences, Australia Catholic University. Her current research examines experimental history approaches, the roles of women in the clothing trades during the sixteenth and seventeenth centuries, and the widespread use of whaling products in fashion between the years 1500-1800.

You can buy Sarah Bendall’s book, Shaping Femininity: Foundation Garments, the Body and Women in Early Modern England, from Amazon UK or Amazon US. [When you buy via these links, I earn a small commission, which is at no cost to you but helps support my work at the Tudor Travel Guide – Thank you!]

To listen to my podcast with Sarah about Shaping Femininity, click here. 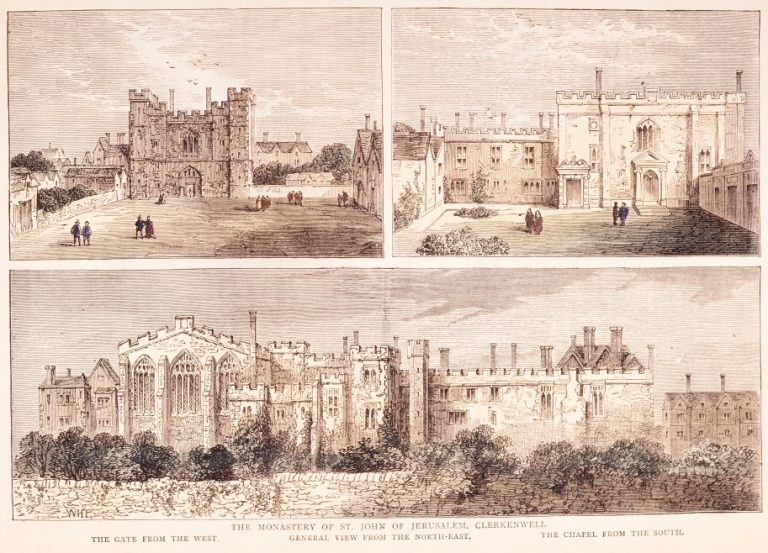 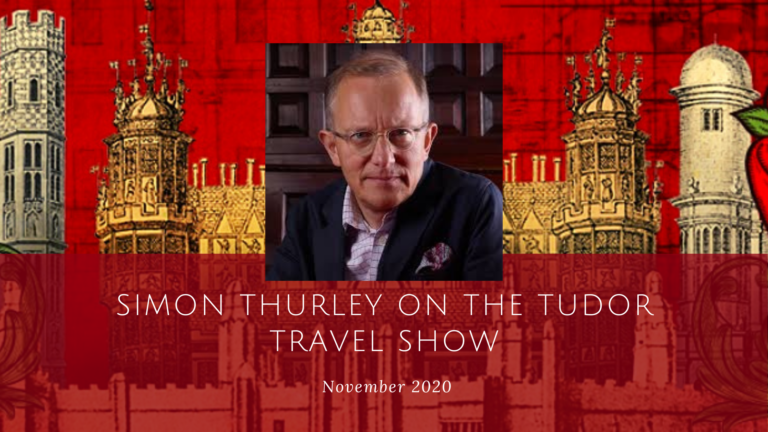 In this month’s episode of The Tudor Travel Show: Extra! Sarah is in conversation with Professor Simon Thurley, a pre-eminent architectural… 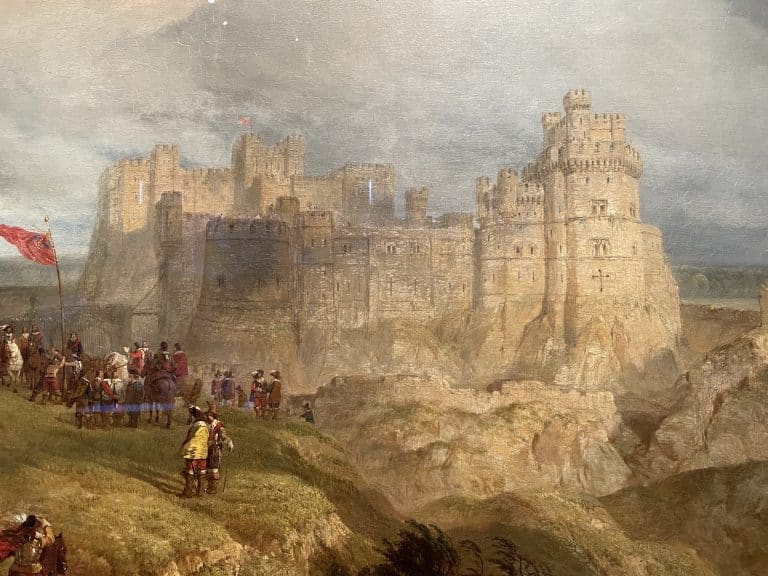 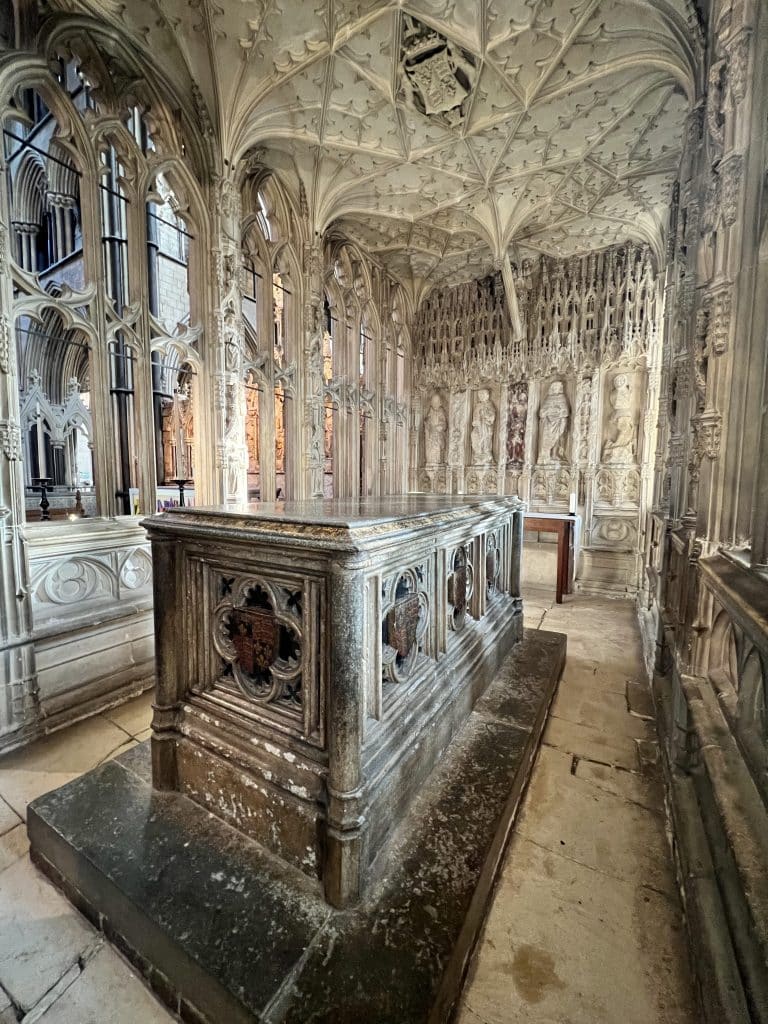