During a blustery 18 days in June 1520, a historic event took place in the Pale of Calais: the Field of Cloth of Gold. Here, King Henry VIII of England and King Francis I of France met in an ostentatious display of power, wealth and status. Masterminded by Thomas Wolsey, the aim was to join the two kingdoms in a pact of solidarity and friendship, notably against the insurgence of the Ottoman Empire, which was threatening Christian Europe at the time.

This blog is going to focus on just one element of The Field of Cloth of Gold: the temporary palace constructed by Henry VIII at Guînes. It was made famous by the panoramic picture of the king’s arrival in the town, which now hangs at Hampton Court Palace, as well as two contemporary accounts of the event. One of these is by the chronicler, Edward Hall, written nearly 30 years after the event. The other is a contemporary account penned by the Venetian ambassador to the English Court, who travelled alongside Henry to the Pale of Calais; his name was Antonio Surian. Both of these men marvel at the sheer scale and audacity of the project, the like of which seems never to have been seen before, or since.

The Arrival of the King and Court

Henry VIII and Katherine of Aragon arrived at Calais on Thursday 31 May around 11 am. After lodging at the Exchequer for five days, the royal party set off on the evening of the 5 June, heading a few miles south to the English encampment at Guînes. There, the king and queen lodged in the castle. You can hear more about the town and castle of Guînes during my summit interview with buildings and landscape archaeologist, Julian Munby. However, for now, let us focus on the temporary palace, which was constructed just outside the castle’s wall.

There is something about the image of the palace depicted in the famous drawing of The Field of Cloth of Gold, which hides the true size and scale of the building. It measured 328 ft in length, giving a perimeter of 1,412ft. To help give a sense of its scale, compare this to Base Court at Hampton Court Palace, which measures around 200 ft long. According to Edward Hall, it was ‘the most noble and royal lodging before seen’. This was glamping on an industrial scale!

According to Antonio Surian, the palace was constructed with ‘a basement of stone four feet above the ground, and the rest of timber; the partition walls and roof being of canvas’. Simon Thurley has reconstructed a plan of the palace showing its division into four separate lodgings: those for the king, the queen, Mary Tudor (Dowager Queen of France) and Thomas Wolsey. As we can see in the image below, the chambers mirrored those that we would expect to see in any of Henry’s great houses: the Great Chamber, Dining Chamber and Withdrawing Chamber. There was also a chapel.

However, there seems to be no provision for bed-chambers or some of the more intimate chambers we might expect to see in the privy lodgings of a palace. This suggests to me that the royal party slept in the castle. Perhaps, this is not surprising. You can hear more about why I should say this if you listen to my chat with Buildings Curator for Historic Royal Palaces, Alden Gregory, when I interviewed him about the use of royal tents for The Tudor Travel Show for April’s (2020) episode.

Thanks to Edward Hall, we know something of the extravagant exterior of the palace. He speaks first of the fountain sited on the ‘plain green’ in front of the palace. It was covered in ‘anticke’ work, gilded with ‘fine gold’ and from the mouth of the ‘old God’ Bacchus, red, white and claret wine flowed freely. Just inside the gate, he also notes another statue; this time of Cupid. It sat upon on a pillar supported by four gold lions, his bow drawn to ‘strike the young people to love.’ Umm…Free-flowing wine, incitement to ‘love’, a party atmosphere: you can see where this might be going!

Anyway, once through the main gateway, the visitor entered a large courtyard that Hall describes as ‘fair and beautiful’. What seems to have been the most striking feature from within this courtyard were the many bay windows ‘on all sides’ whose ‘posts’ (frames) were gilded. Right next to the gateway into the courtyard was a ‘halpas’ or staircase. If you look closely at the painting of the Field of Cloth of Gold, you can just make out someone ascending the stairs to first-floor level, where, of course, the principal apartments were arranged around all sides of the palace. Hall remarks that so broad were the steps on this staircase that a person might go from the foot to the head of the stair ‘without pain’!

There were doors ‘on every side’, leading to the rooms of the palace that Hall describes as ‘long, large and well-proportioned to receive light at leisure’. He remarks on how all the ceilings were hung with ‘cloth of silk’, while the walls were hung with tapestries. Antonio Surian notes that in Katherine’s chambers, the walls were ‘hung with tapestry of silk and gold representing the most minute foliage, the most beautiful that the eye of man ever beheld’. Textiles such as this would have been eye-wateringly expensive!

He goes onto describe how, ‘in every chamber in place convenient’ cloths of estate were hung, ‘great and large’, fashioned from ‘cloth of gold, tissue and rich embroidery’. Beneath these cloths, chairs (thrones) were covered in ‘like cloth’ (ie. more cloth of gold, no doubt!), with ‘pommelles of fine gold’ and cushions made of Turkey work (more like a tapestry in texture).

Both chroniclers record the existence of a chapel and its adjacent oratories for the king and queen. The arrangement is shown in Simon Thurley’s diagram above. It is described as ‘large’ with the oratories looking down onto the body of the chapel. (One presumes this is the same as the arrangement of the Holyday closets at Hampton Court Palace). Unsurprisingly, Henry’s temporary chapel was ‘entirely covered and hung with cloth of gold and green velvet’. Surian notes that ‘twelve apostles in gold and a crucifix three feet high were on the altar’.

Both oratories were hung with yet more, copious quantities of cloth of gold. Each had a pew ‘in the English fashion’. Each chamber was adorned with six gold ‘images’, and ‘two gold basins each worth 3,000 ducats (circa $150,000 in today’s money), two gold censers, two gold boats containing intense, two candlesticks, and a chalice – also of gold’. There was also an altar and, on the king’s side, we hear of ‘six jewelled images’ sitting upon it. These included a St. George on horseback, ‘smiting’ the dragon and a St. Christopher, both of which were ‘of diamonds’. There was also a ‘Nativity’, covered in various jewels; a St. Ursula with her companions, a St. Katharine, and a St. Barbara. Surian completes his list by stating that ‘all such things were worth a world of gold’. I bet they were!

A gallery, or covered walkway, connected the palace to the castle. This, as you will also hear in my interview with Julian Munby must have been quite an impressive structure in its own right as it had to cross the moat surrounding Guînes Castle.

Henry’s temporary palace was entirely dismantled at the end of the Field of Cloth of Gold. Much of it will have been recycled; the colossal amount of money that must have been spent on constructing it would demand no less. It may be, for example, that some of the roundels on the front of the palace, eventually found themselves adorning the exteriors of places like Hampton Court. Some textiles known to have been present at the Field of Cloth of Gold have also survived, specifically, the spectacularly lavish church vestments said to have been used in Henry’s chapel, known as the Stonyhurst Vestments. These belong to Stonyhurst College but normally reside in the collection at the V&A Museum in London.

Two sources that I found useful in writing this blog are:

Calendar of State Papers Relating To English Affairs in the Archives of Venice, Volume 3, 1520-1526. Originally published by Her Majesty’s Stationery Office, London, 1869.

Also, my thanks go to Julian Munby for the use of some of his material in preparing this blog. 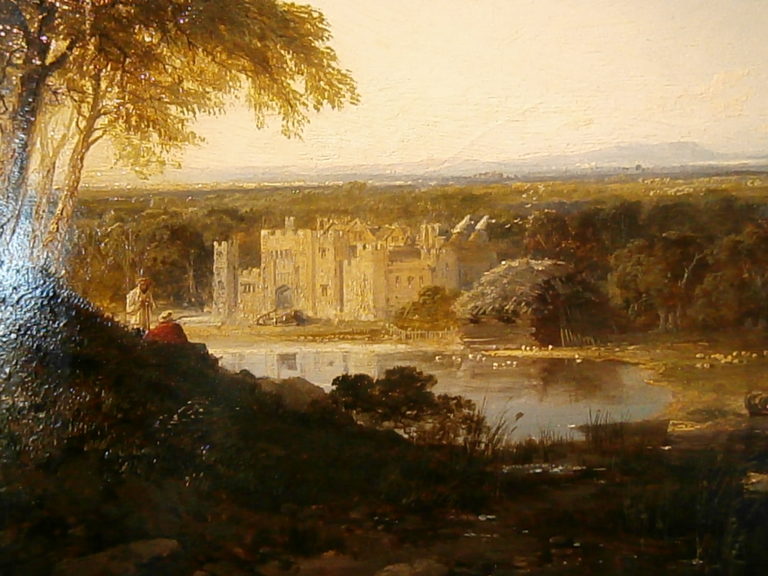 As I continue my travels on the road this month, I wanted to share with you what went on behind… 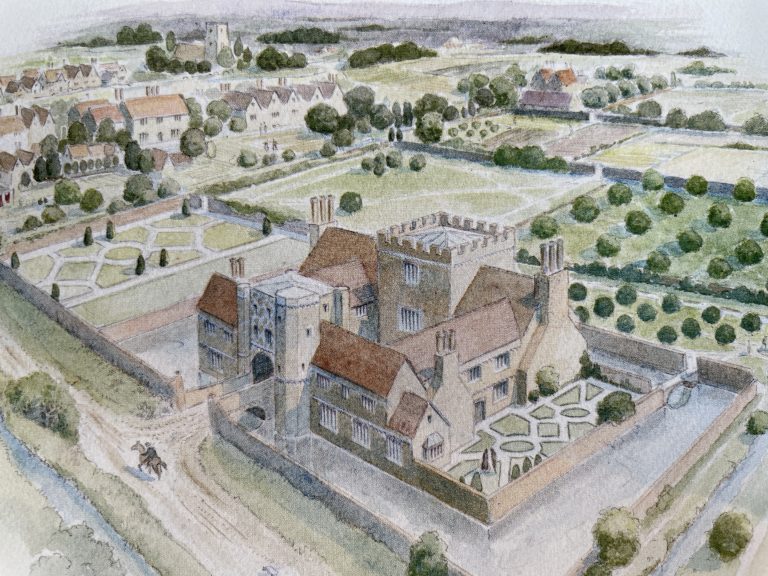 Cover Image: Worcester House with Tudor Stepney in the background. Image courtesy of MOLA Anyone who knows me will be… 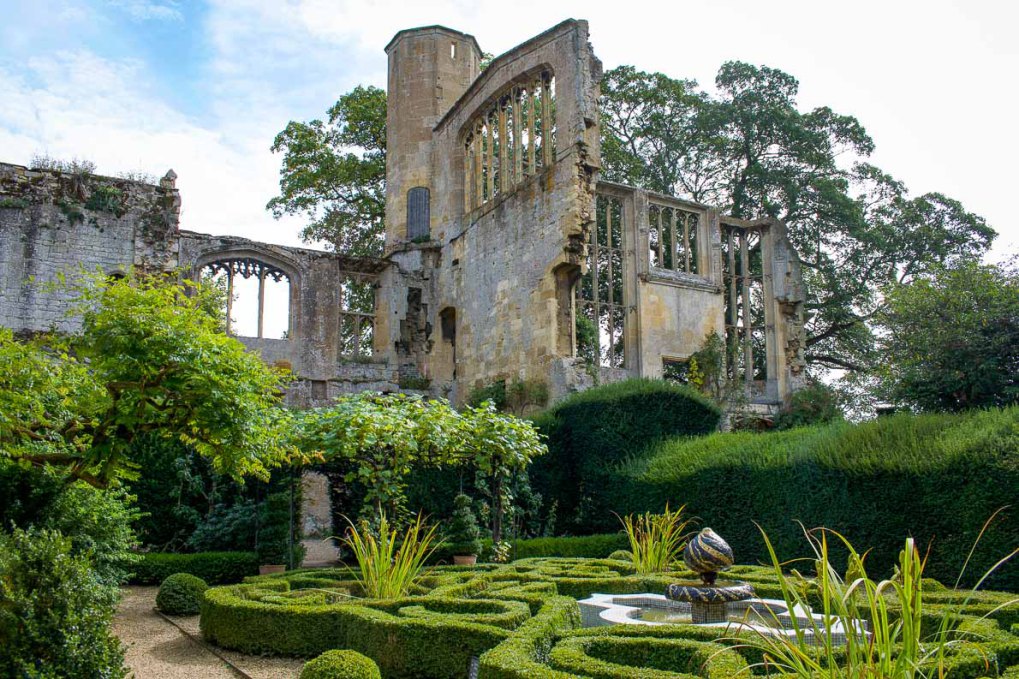 On this stop of our journey into the lives of Henry VIII’s six wives, we’re at Kimbolton Castle, Katherine of… 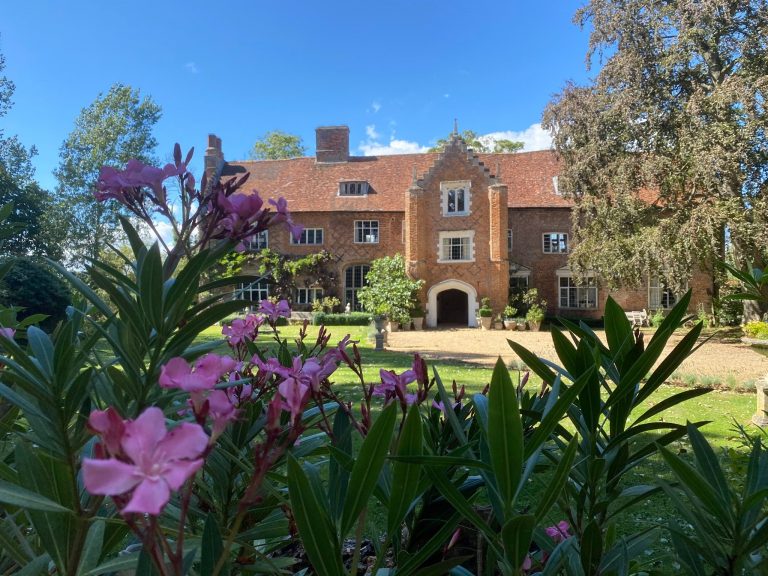