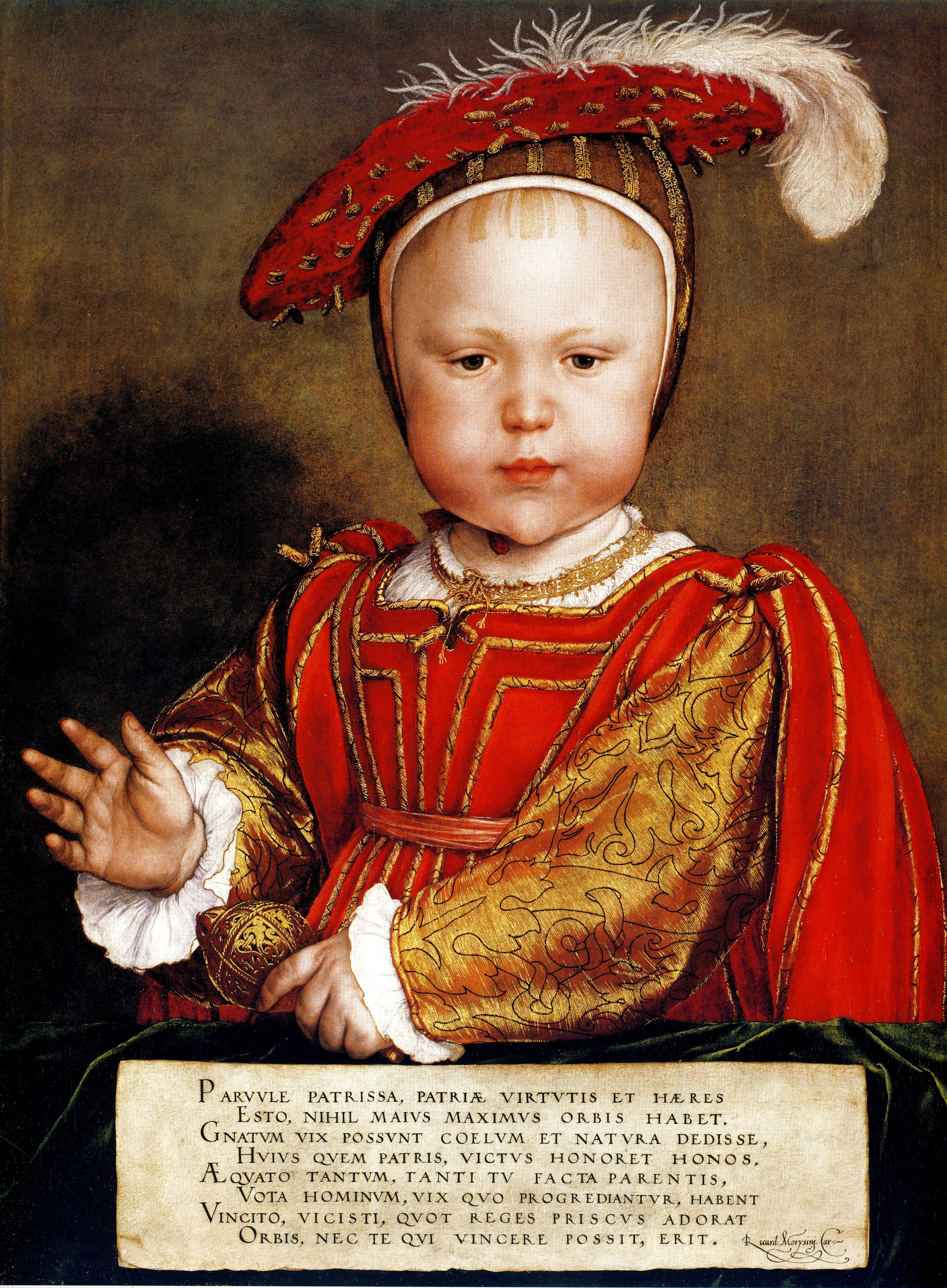 On the anniversary of the birth of Prince Edward, later Edward VI of England, we visit the lost royal palace of Elsyng, in Enfield, which stood as witness to one of the most critical moments in the young boy’s life. For it was at Elsyng that alongside his sister, Elizabeth, the young Prince learnt of the death of his royal father, Henry VIII. Henry’s tyrannical 38-year reign was at an end. After years of stability, everything was about to change. But what of this once fabulous, Tudor palace? What is its history, and what did the building look like? Let’s find out…

A Brief History of Elsyng Palace

The rather unusual name ‘Elsyng’ comes from the original owner of the land, a citizen and merchant of London, Jordan de Elsyng. He is recorded as owning land in the area of the later manor of Elsyng in 1381. Excavations of the palace from the 1960s hinted at the existence of an early timber structure under the ground. However, more recently, this has been discounted. It is now thought that the earliest building on the site was brick built and dated from the 1430s.

Recent work completed by the Enfield Archaeological Society, who have been digging at the site of the palace over many years, has established that the likely builder of this first manor house was John Tiptoft, Earl of Worcester. However, it was Sir Thomas Lovell, Knight of the Garter, speaker of the House of Commons, Chancellor of the Exchequer, Constable of the Tower and Steward of the Royal Household, who made substantial alterations to the house, making it a palace fit for a king.

And the king in question was Henry VII. Thomas Lovell significantly enlarged the building in 1486, constructing a royal suite, which was put to good use by Henry VII when he visited Elsyng on several occasions. The first visit came in 1494, with further stays recorded in 1497 and 1498. By the early sixteenth century, Elsyng is recorded as being a ‘courtier’s palace’ with both inner and outer courts, as was typical of the period.

Thomas Lovell continued to receive royalty as his guests at Elsyng after Henry VIII’s accession in 1509. The king visited on several occasions until Thomas’ death in 1524. At this time, the palace passed to Thomas Lovell’s great nephew, Thomas Manners, afterwards, Earl of Rutland. However, in 1539, Manners exchanged the palace with dissolved monastic lands in the Midlands. Thus, Elsyng Palace became the property of the Crown.

The Appearance of Elsyng Palace

There is a good deal that is currently unknown about the exact appearance of the palace. The first archaeological dig in the early 1960s focused on the inner courtyard, where we would expect the privy lodgings to be. They found footings for substantial brick buildings just below the surface. Over the last 17 years, further digs have concentrated on the buildings surrounding the outer courtyard, which comprised the many and varied service offices and servants’ accommodation required for the running of a sizable sixteenth-century household.

While there is much still to be uncovered about the exact layout and appearance of the palace’s inner courtyard, we know more about the outer one, including the fact that a moat fronted this fashionable double courtyard house to the south, and possibly also the west, side of the building. Brick was used to build the high-status parts of the palace, whereas the buildings of the outer courtyard were primarily made of timber, sitting upon brick foundations. According to Martin Dearne of the Enfield Archaeological Society, they were ‘fronted by a high brick wall with glazed windows (then a great luxury), moulded brick decoration, elaborate chimney pots, projecting towers and fronted by a double moat’.

A gatehouse, accessed via ‘a great bridge’, gave entry into the outer courtyard, while a second, and probably equally impressive, four-storey gatehouse led into a smaller, inner courtyard around which the great hall and the high-status lodgings, including those of the king and queen, were arranged.

The image of Elsyng Palace included here is an artist’s impression of how the building might have looked at its zenith. One set of accounts from 1543 names some of the buildings in the inner courtyard, including kitchens, buttery, scalding house, scullery, pantry (and probably spicery). A bowling alley is noted to have existed in the gardens. As for the principal buildings of the inner courtyard, the accounts of James Nedeham, Clerk of the King’s Works, and an inventory drawn up later in the century for the visit of Elizabeth I, shed more light on the staterooms at the palace.

In the royal suite, we hear of a great chamber (containing an oriel window), the privy chamber, raying chamber (dressing room) and bedchamber. Also mentioned is a gallery and a library (rare in the sixteenth century), the great hall and chapel. The privy lodgings of other nobles such as suites for the Duke of Norfolk, Lord Hunsdon the Earl of Leicester and the Marquess of Winchester are also noted.

The Rise and Fall of Elsyng Palace

Elsyng was around 14-15 miles from Westminster, comfortably within a day’s ride of Henry’s principal Palace of Whitehall. Its popularity was on account of the exceptional hunting to be had at nearby Enfield Chase, one of the king’s royal hunting forests. With the purchase of Elsyng, Henry VIII became the owner of a grand house close to one of the most coveted hunting grounds in the country.

Shortly after acquiring Elsyng, the king ordered some repairs to be undertaken. His visit to Elsyng in July 1541 was the first stop on a long, and eventful, summer progress. Henry would have been able to enjoy his relatively new acquisition with Catherine Howard at his side.

However, the king no longer cult a svelte and athletic figure, which had once earned him the acclaim of ‘the handsomest prince in Christendom’. From a forthcoming book to be published by Martin Dearn, the repairs conducted at Elsyng through 1541 hint at the king’s growing corpulence. These works included, among other things, the building of bridges across a brook (to access the hunting ground more easily), the levelling of paths, banks and even molehills, as well as the construction of mounting blocks to aid the king in getting on his horses (Martin Dearne pers. comm).

The stay at Elsyng in July 1541 was relatively brief, spending 3-4 days there between 1-4 July, according to the Letters and Papers of Henry VIII. However, the king would return that Christmas with Prince Edward and probably also Princess Mary, who would have each had their suite of lodgings at the palace.

As Eltham Palace before it, during this period, Elsyng was used as a royal nursery by Henry VIII, particularly for Prince Edward and Princess Elizabeth. It was the perfect place for royal children to grow up in; a beautiful palace, which stood isolated in the heart of the countryside, away from the pestilence and press of the city. Yet at the same time, it was within easy reach of Henry’s capital and their royal father.

Edward and Elizabeth experienced both the ordinary and the extraordinary within the walls of Elsyng Palace. We know, for example, that in 1543, when he was six years old, Edward spent Christmas and New Year at the palace. For on New Year’s Day, records note that ‘the noble Scottish prisoners departed from London towards Scotland, and rode to Enfield to see the Prince, and dined there that day, greatly rejoicing…’ Poignantly, it was six years later, no doubt on an icy cold January day, that the 9-year-old Prince would be brought from Hertford to Elsyng to join his sister, Elizabeth, and hear of the death of their omnipotent father.

It is often said that Edward Seymour, Earl of Hertford, the king’s uncle, announced the death of Henry VIII in the presence-chamber at Elsyng. Hertford dropped to his knees, declaring his loyalty to the new king before the gathered household. Immediately, the two children, Edward aged 9, and his sister, aged fourteen, burst into uncontrollable sobs, which spread amongst the gathered crowd. Sadly, it is not possible to substantiate this tale, according to Martin Dearn, who has researched Elsyng extensively over the years.

Happier days were ahead as far as the history of Elsyng is concerned. Fourteen years later, in 1561, the by then queen, Elizabeth, lodged at her manor of Elsyng. She would visit the palace on several more occasions during her reign, but by the end of the sixteenth century, the palace was falling into a state of disrepair. Although it was reported to be in danger of collapse by 1597, Dearn feels that these accounts were wildly exaggerated on account of some personal animosity between the scribe of the letter and a servant of a courtier, who was being allowed to live in part of the palace.

In 1608, a royal warrant was issued to ‘take down His Majesty’s (James I’s) house of Enfield. The instructions were clear: to preserve the materials so that they could be used in building and repairs scheduled to take place at the now dominant royal house of nearby Theobalds. However, very little demolition seems to have occurred. Indeed, there are records of some parts of the palace being rebuilt. A new property, Forty Hall, was constructed nearby between 1629-36. The palace continued on until 1657 when it was finally demolished.

It is in the grounds of this later manor house that the remains of Elsyng Palace lie just beneath the earth. In the meantime, ongoing annual excavations by the Enfield Archaeological Society continue to unearth more of the truth of this lost, and once extremely significant, Tudor building that witnessed the dawn of the reigns of two Tudor monarchs.

Elsyng: A Royal Palace in Enfield. The Story of the Palace and its Excavation, by Martin Dearn. 2019.

The Letters and Papers of Henry VIII

This splendid Tudor gown of the day belonged to Margaret Howard, 4th Duchess of Norfolk. I love this English style, fitted gown in black which shows off all the glistening gold she is wearing in her forepart, sleeves and ruff - oh and not to mention the jewellery. I also love the arras hanging in the background with, I presume, the ducal coat of arms. ⁣
Since it is the anniversary of the death of Henry FitzAlan, 12th⁣
This is Bradgate Park: home of the Grey family in the early sixteenth century and recognised childhood home of Lady Jane Grey. OTD in 1544, her father, Henry Grey, 1st Duke of Suffolk, completely lost his head - literally lost his head - to the executioner's axe. Everything started off so well in his career. A loyal servant of Henry VIII, he became a fixture at court circles. Having fallen out of favour with Edward Seymour, Lord Protector during the reign of Edward VI, but typical of an ambitious courtier of the day, Grey couldn’t leave things be and retired to Bradgate to seek to further the interests of his family. ⁣
On 22 February, when she was seven months pregnant, Marie de Guise was crowned at Holyrood Abbey in Scotland. ⁣
Just to let everyone know that over on my YouTube Channel, for my Connoisseur Members only, my latest video for my 'Virtual Tour of Tudor London' series has just gone live!⁣
Having just finished my 16 day virtual tour of England, I saw my clever phone seems to be making movies now and I wanted to post a 30second movie of a very special road trip with my Tudor-loving friend, Natalie, including images from Haddon Hall, Gainsborough Old Hall, Lincoln and York!