As the anniversary of the heartbreaking events of 19 May 1536 approach, those faithful servants of Anne Boleyn remember her plight with sadness – and horror. An innocent woman and five men were sent to their early graves upon the changing whims of an all-powerful king. Last year, I penned an article about the royal apartments, where Anne Boleyn was lodged during her incarceration at the Tower. This year, to commemorate Anne and those men who died in her name, I am publishing the prologue to the first book I penned, a work of fiction called, Le Temps Viendra: A Novel of Anne Boleyn.

The writing of this book set me off on the most incredible adventure; an adventure that led me to write my In the Footsteps books with Natalie Grueninger, (who has become my much-loved Tudor partner-in-crime) to discover a set of Tudor artefacts described by renowned architectural historian Jonathan Foyle, as a ‘nationally important historic collection’, and which ultimately inspired me to create this blog: The Tudor Travel Guide.

I look back at this prologue now with the deepest sense of affection, joy and gratitude, knowing now all that would come thereafter: the books that would be written, the places I would see and the people I would meet. All these things were completely unknown to me back in August 2010, when I first sat down in front of a blank screen that was pregnant with creative possibility.

The story behind the inception of Le Temps Viendra remains incredible to me to this day, a decade later. It was a serendipitous twist of fate that I did not see coming. I will share that story with you one day, for it is really the heart essence of why this novel exists at all and why, for me, LTV lives to tell the story of Anne’s innocence – a story which I choose to tell in her own words.

Over the years, I have received many unbelievably moving emails from readers who felt that this book brought them closer to Anne than any they had read before. Perhaps it is because she is so relatable: neither a saint nor a sinner, but a woman whose complex character touches aspects we recognise in ourselves. Maybe it is because I was determined to bring as much detail into the story as possible, from the events described to the palaces that Anne lived in, to the clothes she wore and the jewels that increasingly adorned her as Henry’s infatuation for his lady catapulted Anne Boleyn to the pinnacle of Tudor society.

And now, 10 years on from the first words being written, next week, on the anniversary of Anne’s death, I’ll be announcing the next chapter in LTV’s own story with the release of the audiobook, narrated by me. So, I invite you to read the prologue to the novel below and make sure you don’t miss the simply lovely, and very, moving video at the end of this blog.

Prologue To ‘Le Temps Viendra: A Novel of Anne Boleyn’

‘Today, I die. Do not grieve for me, for I no longer fear death; he who hath stalked me for so long now. It is not, as I said to Master Kingston, that I desire death, but the grim inevitability of my fate has caused me to become reconciled with it. I have made my peace with God and my spirit yearns to be free of this body and of this cruel and unjust world.

Within the hour, I will gladly walk to the scaffold and if I am lucky, I will not feel the cold steel of the Sword of Calais cleave my head from this sinful body. Yet I have not sinned as they say I have—at least not in this life-time. I have been convicted of treason, adultery and incest. This suits their purpose. Cromwell to save his own skin by annihilating not only me, but my brother, and those who lived and loved for the name and honour of Anne Boleyn. The King, so that he may indulge his changing passions and take Mistress Seymour for his new wife.

Yet to my God, I confess different sins.

In this lifetime I have been cruel and spiteful to the previous queen, Katherine, and the Lady Mary, the King’s eldest daughter. In my wild and unbridled jealousy, I lashed out making their life a misery, encouraging Lady Shelton to degrade and humiliate Mary for her defiance of me and my marriage to Henry. I did not honour her high birth or her loyalty to her mother. How could I have blamed her, when I could no more dishonour my own mother if our situations had been reversed? They deserved my compassion and for this cruelty, I truly repent. Yet there is more than even they know.

As one of my ladies, pale from the stress of preparing her mistress to die, holds up a mirror for me to see my reflection, I adjust the necklace that was once a gift from the King: a cipher with my initial, ‘A’ set with diamonds that adorns my slender neck. I pause for a brief moment and catch my eye. I know that I carry a secret that no one in this world knows.

This is indeed a strange story beyond all imagining. You see I no longer truly know who I am. Time, and my true identity, has become distorted. I have been caught up in living a dual reality that has spanned time and lifetimes.

In the mirror, a convicted traitor, I see myself as Anne Boleyn, Queen of England. Yet in consciousness, I know that I have also been living another life, in another time. I do not know how this has been happening or why me. Is it possible that souls in their immortality can exist in multiple realities at once?

I do know this though—I have been living a life 500 years in the future, and in that life, I am just plain Anne. Yet even this modern Anne has sinned wretchedly. I have watched both lives become inextricably entwined, each reality reflecting and shaping the other. I have tried, oh dear Lord, I have tried to stop it all, to change the outcome, but it has been a fruitless quarry, and I have witnessed both my lives hurtle headlong toward disaster.

I have tasted the cup of poison that is fate and now I surrender to her will. Surely now, with my death, I will atone for my sins. God forgive me, Jesus Christ have mercy upon my soul. Take me now. I am ready to be free.’

Why not get in the mood for the release of the audiobook with a little something the team put together, here at The Tudor Travel Guide. Watch the trailer now by clicking here.

Where to Buy: Le Temps Viendra: A Novel of Anne Boleyn.

In the meantime, if you wish to buy a paperback (US or UK) or ebook (US or UK) version of Le Temps Viendra: a Novel of Anne Boleyn from Amazon of the book, please follow the links below for both UK and US stores. The book is also available worldwide via Amazon. Please check your regional, online Amazon store for more details.

The images included in this blog were mostly taken at Tower of London in 2018. They capture the scenes from a play staged at the Tower during that summer: The Last Days of Anne Boleyn. Images are courtesy of Francesca Orsatti and Ian Bird. If you want to see more, why not watch the wonderful video below, which captures scenes from the play. Thank you to you both for sharing these images and footage with The Tudor Travel Guide blog. 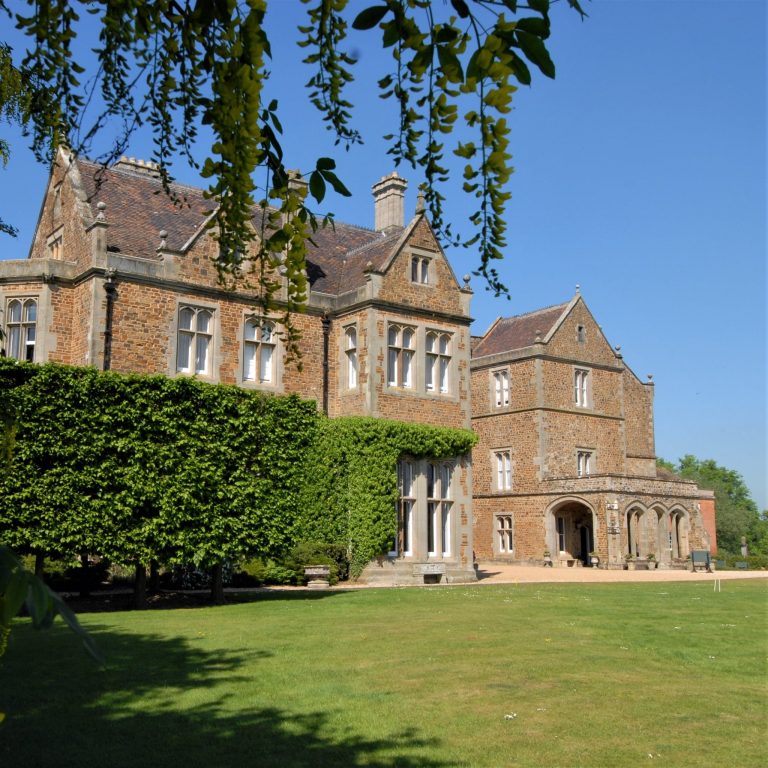 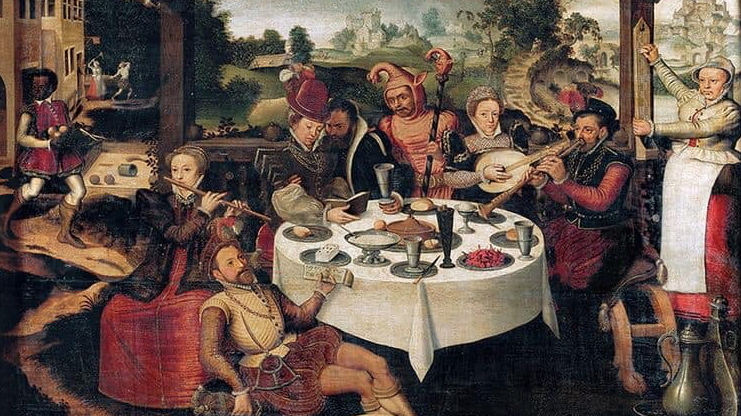 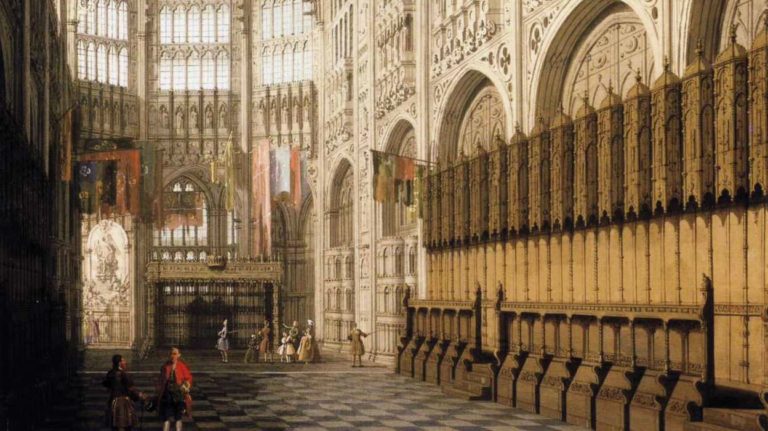 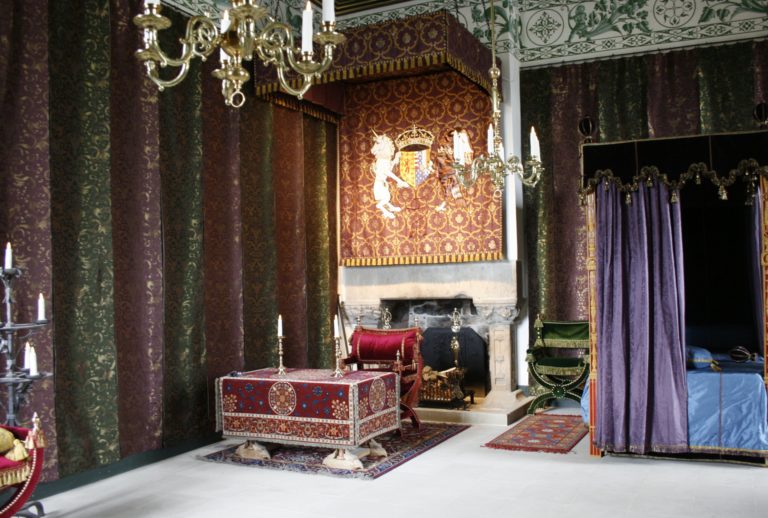 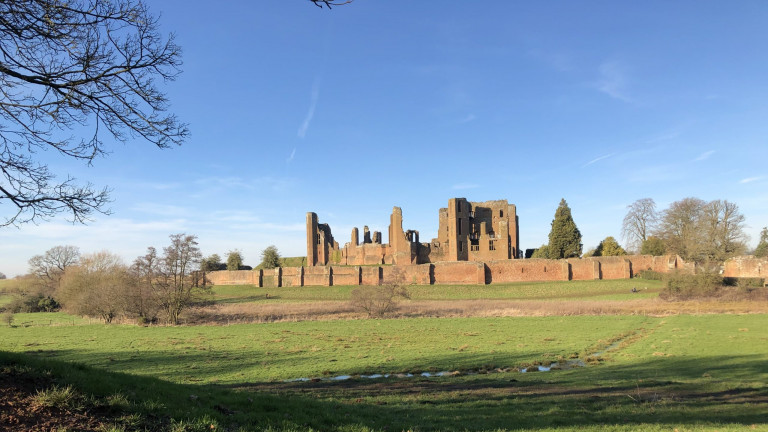 When Dudley stood back and admired the two new, full-length paintings hanging on the walls of his Warwickshire home at…