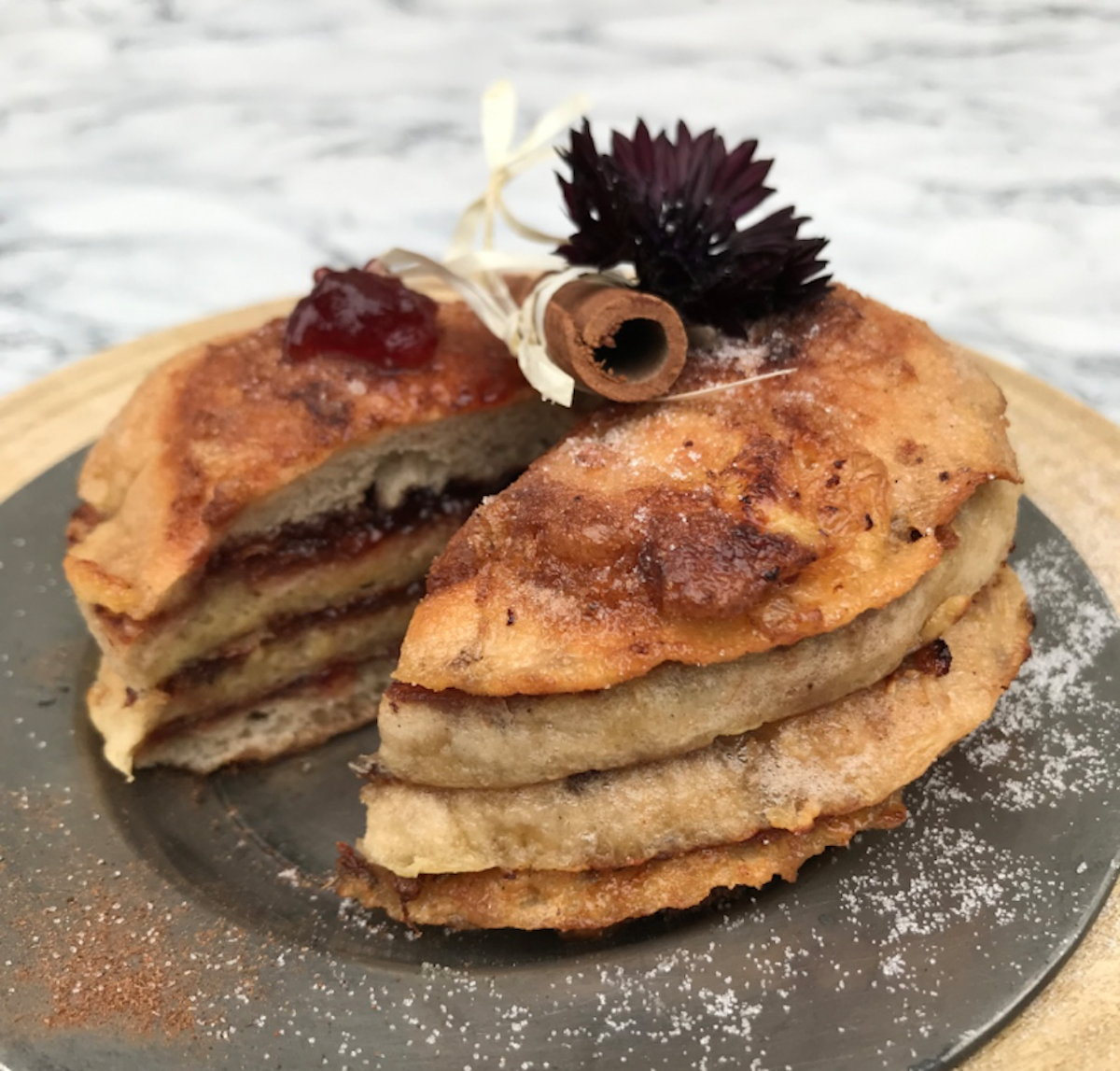 In this month’s Great Tudor Bake Off, we travel to sixteenth-century Germany and indulge in some sweet and sticky German pastries enjoyed, no doubt, by the likes of Anne of Cleves before she left her homeland for England. It is well-known that the German Princess became homesick at some point, and given these delicious delicacies, it is not surprising! We hope you find something here, amongst these Anne of Cleves’ inspired Tudor recipes, to delight your taste buds!

Anna von der Mark (hereafter called by her later English name, ‘Anne of Cleves’) was probably born in 1515 in Dusseldorf, Germany. The lifestyle of a sixteenth-century German courtier was quite different from that of an English one. A duke in the Holy Roman Empire attended at least one religious service in the morning before ‘Morgensuppe’ (Morning soup). This consisted of either beer or wine, depending on his status.

At ten o’clock, the first meal of the day was served. This lasted for about two hours. Anna and her sisters would have spent the afternoon in the “Frauenzimmer” (ladies’ chamber). (You can read more about the palaces of Anne of Cleves’ early years here). Around two o’clock, snacks and refreshments were served. At around six o’clock the main meal, supper, would begin. This usually ended as late as nine o’clock. As many as nine courses would be served at a German prince’s table. Venison, as well as fish, would be accompanied by Rhenish wine made from home-grown grapes of the Neckar and Rhine valleys.

Young German noblewomen were taught how to maintain the finances of a household, to sew, embroider and to cook. Delicious foods, including delicate pastries, were valued at court. We know of one cook who was sent to Brabant to learn the art of pastry- making.

In sixteenth-century, the territories that we now know as ‘Germany’ had a staple diet that consisted of cereals (mostly rye, wheat, spelt, barley, oats and millet), beer, butter smoked meats, cabbage (Sauerkraut), sausages and roast meats. Rye was the dominant bread grain. Butter was especially important in the near absence of vegetable oils.

But what other vegetables were available? Well, white cabbage was the most common variety. Red cabbage had been included in the diet since the middle ages. Cauliflower was a new introduction, first recorded in Germany in 1542. Kohlrabi was noted as early as 1586. Germans had been enjoying raw salads, dressed with vinegar, since the twelfth century, but cucumber was a new introduction to German cuisine, as was the red, round, small radish. The potato was not readily accepted in Germany, though it is frequently claimed to have the first fried potato recipe in existence! Unlike in England, mushrooms were frequently mentioned in recipe books. Vegetable peppers were first noted in 1543, and by 1585 the systematic cultivation of ‘Indian peppers’ was also documented.

An interesting and fun fact is that the ONLY mention of spices used to mask the smell of spoiled meat in all of Europe comes from the German physician and botanist, Hieronymus Bock, in his 1550 publication, ‘Teutsche Speisskammer, xcii v’ (German larder)!

During this century, the still famous ‘Mehlspeisen’ (sweet pastry dishes) started to appear. So, I have dedicated this month’s Anne of Cleves’ inspired Tudor recipes to this delicious group of Germanic foods. I can assure you, you will be blown away!

For the recipes, I have chosen a manuscript cookbook by Sabina Welser, written in Augsburg in 1553. It is the first cookbook written by a woman and gives a good idea of life and cuisine of the ordinary middle class. It is distinctively Germanic in essence.

‘Das Kochbuch der Sabina Welserin’ was started in 1553. The manuscript (4 Cod. 137)  is now held at the Augsburger Staats-und Stadtbibliothek in Germany.

Sabine Welser was the daughter of one of the wealthy, Welser family brothers from Augsburg. They were well to do merchants. However, we can not be certain when Sabine was born, married or died, as there are two women who have the same name detailed in the records.

Anton Welser, possibly Sabina’s father, started a new and very lucrative business for the long-established Welser company. They imported spices. Due to their success, the family also founded a daughter company in Portugal, in 1503. After Anton’s death, Bartholomaeus V Welser took over the family business. Being a close friend to Emperor Charles V, he was awarded control over Venezuela in order to organize the colonization of the northern coast of Southern America. However, his son was killed there by natives in 1546 and, in 1556, the Spanish crown withdrew the colony from the Welsers altogether. The financial decline of the family came towards the end of the century and by 1614, the Welser’s company was bankrupt.

So, with that, let’s get going with our Anne of Cleves’ inspired Tudor recipes!

A Different Tart with Fresh Plums

One bread roll per person

Cut the bread roll in slices and spread it with plum (or another) conserve/jam. Sprinkle with sugar and spices and cover each slice on both sides with egg yolk. Fry each one in some butter on both sides and then put them together again to form a bread roll and serve warm.

Apples  ( I used ‘Catshead’, an ancient variety but any cooking apple is fine)

2 tablespoons of lard for frying

Make a batter from flour, eggs & water. Peel and cut apples into thin slices and briefly fry them in lard. Pour the batter mixture over the apples and let cook before turning over.

Currants to your liking

Ready-made pastry case (or make your own)

Peel and cut the pears into thin slices. Fry the pears in some butter with cinnamon, sugar and currants until golden brown. Transfer into pastry cases and bake for a few more minutes on medium heat.

To Make a Good Pear Mousse

Peel and cut the pears; boil in sweet white wine until soft. Blend and add cinnamon, cloves, sugar and breadcrumbs and serve cold or warm.

The Kitchen, Food, and Cooking in Reformation Germany, by Volker Bach.

Anne of Cleves, by Elizabeth Norton.

2 thoughts on “Anne of Cleves’ Inspired Tudor Recipes from Germany”