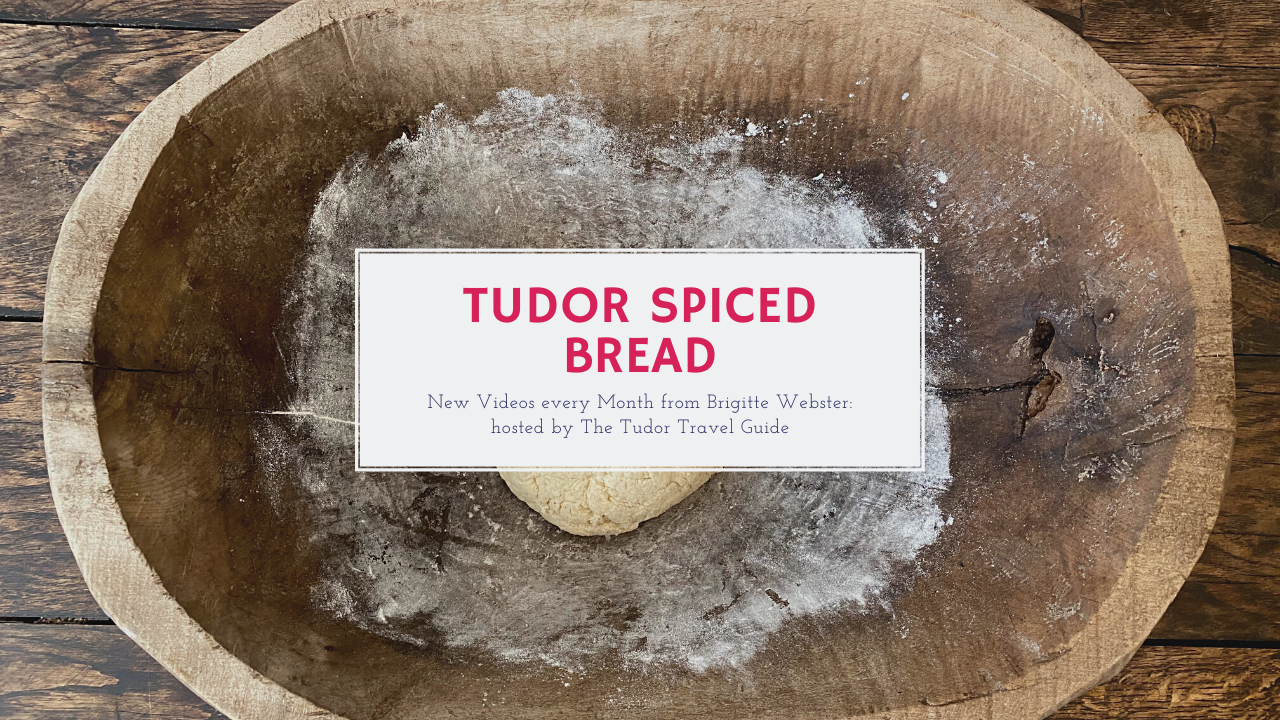 Although bread was a staple part of the Tudor diet in sixteenth-century England, imbued with religious symbolism, it was by no means a standard product. Its character, fabric and quality were governed by the local availability of different bread corns and the status of those who consumed it.

“Bread is worth all, being the Staffe of life”

In Christian, and particularly Catholic, art Christ distributing bread to his disciples at the Last Supper is considered one of the most exalted subject. The highest form of bread for early modern painters was the risen bread, not the unleavened bread commanded by Moses, which Jesus would have eaten during Passover.

Contemporary sixteenth-century English dietary writer and physician, Thomas Moffett, believed that bread was absolutely necessary for healthy digestion. Without it, “all other meats (foods) would either quickly putrifie in our stomachs, or sooner pass through them than they should” and the result of this would be “crudities, belly-worms and fluxes”. Bread was also one of the few foods that was not assigned to a particular ‘humour’. This meant that it was suitable for everybody, being perfectly ‘tempered food”.

For the elite and for large establishments, an external, well-staffed bakehouse was an absolute necessity as they wanted their bread baked daily. Nobles operated their bakehouses on a smaller scale and lesser households might employ a baker, but in most gentry, yeoman and peasant homes, breadmaking remained a female occupation carried out once a week.

Bread ovens were usually built into one wall of the bakehouse, with their flat floors about hip height above the ground. The interiors were dome or beehive shaped without any internal flues, and usually constructed of fireproof stone or brick.

Huge temporary ovens were essential for even relatively short term but populous events such as The Field Of Cloth Of Gold. The large bread oven constructed onsite can be easily seen in the famous Field of Cloth of Gold painting, hung today at Hampton Court Palace.

‘Faggots’, which were small diameter bundles of tied branches, served as fuel. They were burnt inside the oven and once the oven was hot enough, the embers were removed with an oven rake, while the fine ash was extracted with wet rags fastened to a long pole: the so-called “malkin”. The loaves were then inserted on a long-handled peel, the door set in place, its edges sealed with mud. When baked, the loaves were removed and put into breadbaskets called ‘maunds’.

Tudor bread loaves baked at home varied greatly in their composition and size, unlike the produce of commercial bakers, which were closely regulated by government-enforced by assize laws.

The bread most generally eaten underwent some change, at least in eastern and southern England, during the course of the fifteenth-century. This was almost certainly as a result of a long run of good harvests between 1440 and 1520. Contemporary writers sometimes bemoan the excessive expectations of labourers for better bread, which meant wheat-based bread, as part payment for their work.

Bread was often crumbled into pottage to thicken it, or during the early Tudor period, laid on the table as a “trencher” (thick slice of bread serving as a plate or bowl) on which pottage and other food was heaped. Its density was an advantage in absorbing liquid.

Tudor bread can be classified into a few categories, the finest of all being the ‘manchet’ loaf. This was made from the finest boulted wheat flour mixed with warm water and raised with ale-yeast. After being moulded, each loaf was scotched or given a shallow cut around its midriff and pricked down in the centre which caused the loaf rise vertically rather than expand horizontally, giving a lighter crumb and allowing more to be packed into the oven for baking.

The second quality of bread was called ‘cheat’ and was made after the abstraction of the coarser bran to leave some 50 per cent wholemeal. ‘Cheat’ was raised by using a sourdough culture, which was achieved by keeping back a little dough from each baking, thereafter allowing it to go sour.

A further range of breads was made from mixed grains and pulses such as rye, barley, oats, beans or peas. In times of real hardship, even acorns were used.

People in the north showed a distinct preference for oatbread. This preference persisted for centuries. Barley bread, having been the staple bread of the past, held its own, since it was a useful all-purpose cereal and a liking for its sweet taste lingered on.

Thomas Tusser explains that a ‘maslin’ bread was made from a hardy grain, like rye, sown in with wheat as a kind of insurance against the very frequent failures of wheat. The maslin was generally consumed by the ‘middeling’ class.

The very first printed bread recipe dates from 1594, from the cookery book The Good Huswife’s Handmaide for the Kitchen by an anonymous author.

In the first quarter of the sixteenth-century, ‘spiced bread’, a new kind of manchet-quality bread containing spices and dried fruit, started to appear in England. At the Master of the Company of Skinners’ annual gathering held in June 1560, one of the delicacies served included spiced bread.

This spiced bread became really popular, especially at funeral entertainment. In London in 1595, the authorities banned all commercial bakers from making or selling any spice cakes, or spiced bread, except at burials and the Fridays before Easter and Christmas – probably because their sizes were not governed by the assize of bread and therefore they were beyond the City’s control.

“Rastons” was one of England’s oldest and richest bread, known since medieval times under this name until, in the late sixteenth-century, this name disappeared and was replaced with, ‘buttered loaves of cheese curds’; ‘cheese loaves’ or ‘curd loaf’ etc. Their recipes were subject to many variations and many included fresh curds, flour, eggs, malt and yeast. Several were enriched with sugar, spices and butter. Once baked, they were usually sliced across, soaked in melted butter and then re-assembled with sugar, spices, rosewater or cream between each layer before being re-heated just before being served.

Today’s recipes are for Buttered Curd Loaves and Spiced Bread (demonstrated in the video below). Do have a go at making them, and if you do, remember to post your pictures and comments in The Tudor Travel Guide’s private Facebook group.

Why not sit back and enjoy our first video recipe from Brigitte? This recipe is for Spiced Tudor Bread. The ingredients are included at the end of the film.

This recipe for Tudor bread is of medieval origin. There are various adaptations in late, Tudor recipe books and seventeenth-century sources. This modernized variation is from Cooking & Dining in Tudor & Early Stuart England, by Peter Brears.

Mix the spices, yeast, salt and pepper into the four and make a well in the centre. A small type of kneading trough, called a “kit”, with sides sloping outwards from the base.

Rub the cottage cheese through a sieve, beat in the eggs and melted butter, pour into the flour and work together to form a dough, knead for 5 minutes, then cover (with a kitchen towel or some flour) and leave in a warm place for about 15 minutes to rise.

Knead the dough, break into 12 pieces, and form each into a ball. Make a cut all around each one about 1 centimetre from the base, and stab them down the centre with a skewer. Please them on a greased baking sheet, allowing space for each to expand, and return to the warm for a further 30 mins to rise. Bake at 200C/400F/gas mark 6 for 15 minutes, then remove from the oven.

Cut each loaf in turn into 4 ( I only did 2) horizontal slices, soak each one in the butter and re-assemble as a loaf, sprinkling sugar between each layer. Place in a fireproof dish, re-heat in the oven for 5 minutes, then serve immediately.

This type of Tudor bread is a perfect companion to afternoon tea or coffee! Not so much bread, as a delicious cake. We liked the one with a hint of rosewater best. The plain butter ones would also taste lovely with some jam!

4 thoughts on “How to Make Tudor Bread”