If you LOVE Tudor buildings, then I can guarantee that the subject of this blog is going to make you tingle with insatiable and unfulfilled lust, wholly directed at seeing for yourself what Emery calls ‘the markedly romantic and singularly complete early Tudor house’, built by Sir William Compton at Compton Wynyates in the early sixteenth century. Whilst many of you will have visited the well-known palaces, castles and manors of the Tudor age, only a very lucky few will have seen Compton Wynyates in their childhood, as today, the manor hides in the heart of the very sleepy South Warwickshire countryside, entirely undisturbed by visitors since the 1960s.

Before we start, so you get a feel for how isolated it is, here is a 40-second video I made a couple of years back with Compton Wynyates in the distance.

There’s no doubt about it; Compton Wynyates is right up there on my top 5 Tudor wish list – and for good reason. To get a glimpse of it from the top of its very private drive, or from the ridge which runs to the north of the house at some distance away, sets the heart racing with cruelly unrequited love. It is perfect; a red-brick manor house, ‘bristling with over forty chimney stacks’, complete with crenellations, towers and turrets and mullioned windows galore; all of which whisper enticingly to the Tudor time-traveller of its hidden interiors.

Sir William ‘You Can Keep Your Hat On’ Compton

We can thank Sir William Compton, Henry VIII’s childhood friend and long-time companion, for much of the house we see today. William’s father died when he was just eleven. As a young boy, his wardship was granted to King Henry VII, and the king placed him as a page to his infant, second son, Henry, who was then just two years old. William could not have foreseen how such a placement would have paved the way to glory, riches and great favour, for, at the time, the little prince was only second in line to the throne.

However, the wheels of fate turned; Prince Arthur, the Tudor heir, died at Ludlow Castle in 1502, and Prince Henry succeeded his father seven years later as King Henry VIII. Although Compton was nine years older than Henry, the two seem to have developed a close friendship, for after Henry’s succession, Compton was soon appointed Chief Gentleman of the Privy Chamber and Groom of the Stool, physically the king’s closest companion.

William also shared the king’s love of vigorous physical exercise, which no doubt bound them further in their bonhomie. On several occasions, there are accounts of the two of them successfully challenging all-comers, ‘with spear at the tilt one day, and at the tourney with the swords on another’. If the contemporary accounts of Elizabeth Amadas are to be believed, then it seems Sir William also played a key role in hosting clandestine trysts between the king and fair ladies of the court at his London home on Thames Street. So great was the king’s favour towards William that a year before his death, he was given the unusual permission to wear his hat in the king’s presence.

As a result of such favour, grants and money would soon follow, bolstering the Compton coffers. Amongst many other offices, he was made constable of both Sudeley and Warwick Castles. This meant he had use of the properties and could make money from the estates, in return for keeping the buildings in good order for the king. Such appointments were lucrative – and much sought after. It was the making of William Compton, and as money flowed in, so Sir William (knighted on the steps of Tournai Cathedral after the glorious English victory there in 1513) turned his attention to his main country residence.

The Comptons have lived at Compton Wynyates since the early thirteenth century, and there is certainly documented evidence of a house on the site in 1386. This early medieval house was probably completely dismantled and replaced in the late fifteenth, and early sixteenth, centuries.

The current building was erected in two phases; the first a simple quadrangular house arranged around a central courtyard; the second phase shows embellishments to this basic design; turreted stairwells, bay windows, a chapel and a residential tower. It is possible that Sir Edmund Compton, William’s father, was responsible for the first phase. Alternatively, William’s meteoric rise in good fortune allowed him to begin, and eventually complete, both phases.

The exact dating for the start and the finish of Compton’s building campaign is not entirely clear; it could have been as early as 1481 (under Edmund Compton), or after William Compton reached his majority in 1503. The other alternative is that phases 1 and 2 happened quickly, and in succession, when Sir William Compton’s fortunes were in the ascendant, and following the succession of Henry VIII in 1509. According to Emery, the latter seems more likely given the documentary and architectural evidence.

However, what is more certain is the date of the likely completion of Compton Wynyates. The arms of Henry VIII and Katherine of Aragon appear in three places in the house; over the entrance porch, in the chapel window and in the Henry VIII bedroom. Documents also name ‘the new tower room’ in the residential block in 1523. The conclusion being that the most likely date for the second phase of building at Compton Wynyates was between 1515 and 1520, before Katherine of Aragon’s fall from grace and her replacement by Anne Boleyn.

Compton Wynyates: the Layout of the House

Emery writes that ‘the internal plan of Compton Wynyates survives, though somewhat distorted’. However, the hall, the buttery (with a chamber above it) the chapel and the privy apartments in the residential tower all retain their original, early sixteenth-century glory. And so, let us re-imagine the building at the time of Henry VIII and Katherine of Aragon’s visit in September 1526. By the way, this is an interesting date; Henry’s affair with Mary Boleyn is probably over; Thomas Boleyn seems high in the king’s favour, and at some point around this time, Henry’s attention falls on Anne Boleyn. We might therefore suspect that Anne was in tow as one of Katherine’s ladies during the 1526 progress.

The visitor at this time would find a luxurious, fashionable manor house, built of deep-red brick, diapered in places, held lightly by the gently sloping hills which surround it. Entry to the manor was via ‘the great drawbridge’, which crossed the [probably dry] outer moat. This, in turn, led to ‘the great court’ containing service buildings, barns and stables, mostly timber-framed. To reach the house, a second, inner moat was crossed with a porch leading through into the inner courtyard. Above the porch, Sir William was granted permission to display the royal arms, surmounted by a royal crown with the inscription ‘Dom Rex Henricus Octav‘ [My Lord King Henry VIII]. There it remains to this day.

Imagine that directly opposite you is the great hall, with its usual configuration of kitchen, buttery and pantry at the low end, and access to the public and private apartments via the high end. Many of the hall features are original, or salvaged from another nearby Compton property, Fulbrook Castle (including much of the vaulted ceiling and bay window). The wooden screen, which screens off the lower end of the hall, contains a central panel ‘supposed to represent French and English Knights at the Battle of Tournai’ – clearly a nod to Sir William’s finest hour in service of his lord and master.

Sir William’s Privy apartments, and adjoining chapel, were located in the south range, catching the best of the summer sun. The apartment block, built by Compton, is four storeys high and presumably contains the ‘Henry VIII bedchamber’ where Henry, and perhaps later his daughter Elizabeth, slept during their visits to Compton Wynyates. There is certainly a record of ‘King Harry’s gilt bed’ being pillaged by the Parliamentarian forces (which seized Compton Wynyates from the family) in 1644. After the Restoration it was returned to the house, only to be sold tragically when the family faced hard times in 1774. Just think where it might have ended up! Of course, it is likely that in this privy chamber block, if not in this very room, Sir William Compton succumbed to ‘The Sweat’ in 1528. It was a virulent disease that could carry away the sufferer in a matter of hours.

Sir William was buried in the nearby church (this sits separately to the manor house and is not to be confused with Compton Wynyates chapel). One presumes that this was once the parish church for the village, which Compton had cleared away to improve the outlook and surrounding for his grand country home.

Unfortunately, there is no known portrait of Sir William, except for his depiction in stained glass both at Balliol College in Oxford and in the chapel at Compton Wynyates; and that must be my final treasure in the house. Wenceslaus Hollar sketched the image in the Compton Wynyates chapel, and we can see this below; the image of a slender, clean-shaven gentleman, sword at his side, spurs fixed in place, kneeling in prayer opposite his wife, and accompanied by three children; two sons and a daughter.

But what of Sir William’s body? The aforementioned church was destroyed during the Civil War but was rebuilt in 1665. The mutilated, stone-carved, recumbent figure of William Compton, wearing a ‘collar of S’s round his neck, bearing a rose badge of the Tudors’ was recovered from the moat at the restoration. It was replaced on the north side of the church where it remains to this day.

During his lifetime, Sir William Compton was one of the most influential men in England. He was the king’s childhood friend, a close companion and loyal servant. Rewarded for that loyalty, in the early sixteenth century, he set about renovating his country house to create a manor fit to receive the royal court – as it did on several occasions. It is a cliché perhaps, but Compton Wynyates is that Tudor time capsule, which has remained well-preserved across the centuries when other houses were being ‘messed with’ by well-meaning Georgians or Victorians.

Open to visitors during the mid-twentieth century, it is now the private home of the Marquis of Northampton and has not been open to the public, as far as I know, for around fifty years. As a result, only the lucky few hold cherished childhood memories of visits there with their parents on lazy summer afternoons. The rest of us can only dream of once again being able to follow in the footsteps of Sir William and the royal court; to see again some exquisite Tudor treasures and the dreamily romantic, and singularly beautiful manor of Compton Wynyates.

In this blog we are going to learn all about the Tudor Gallery; who built them and why; what they… 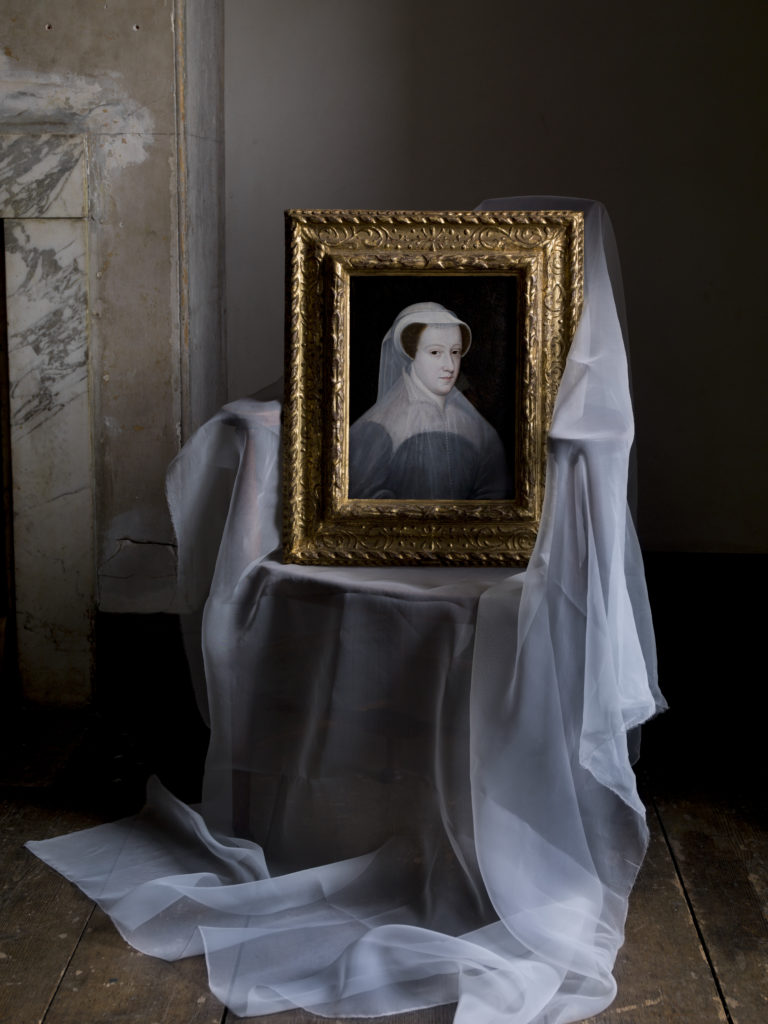 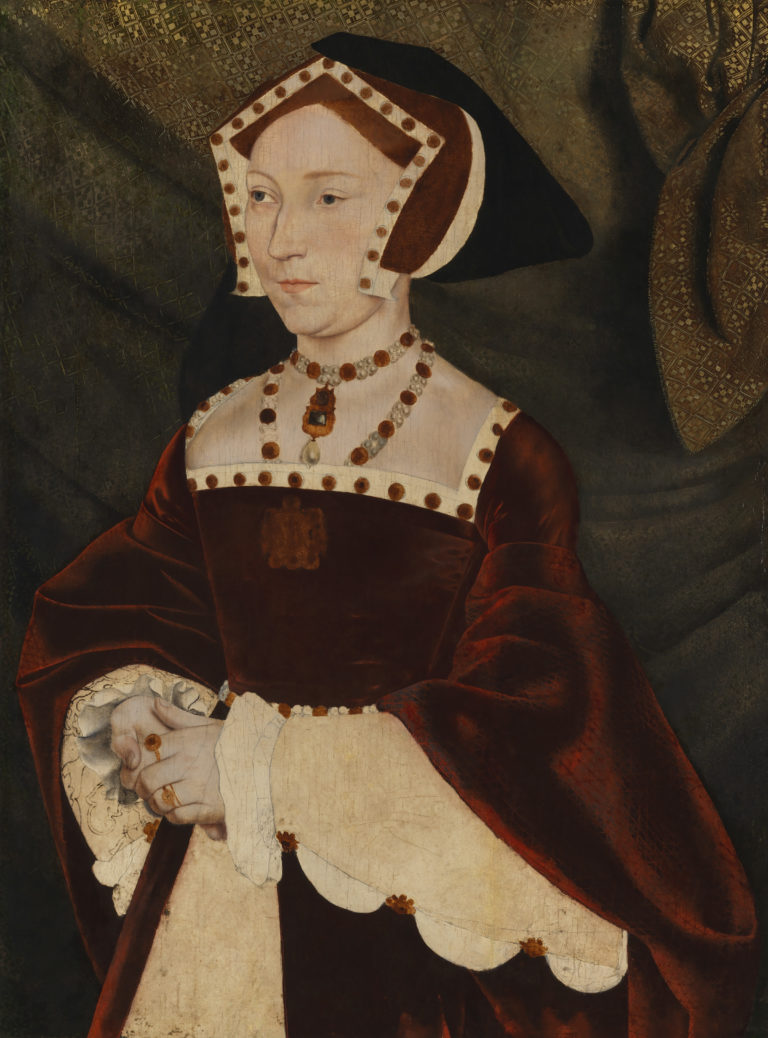 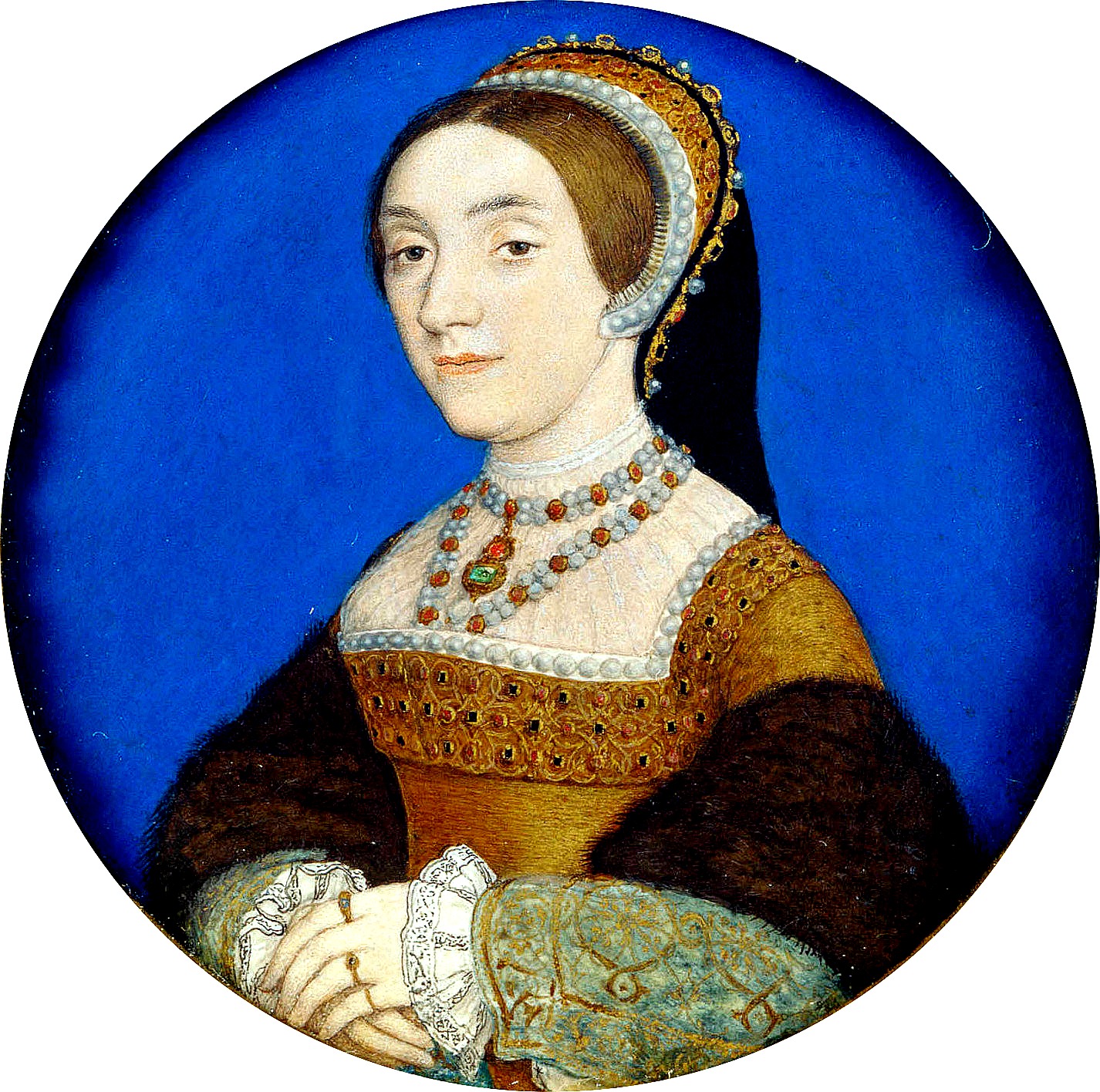 How much do you know about the life and death of Mary Tudor, Queen of France? Maybe quite a bit,…